The Stevens’ family from Penzance, Cornwall have proudly welcomed another member to the family’s fishing tradition on the southwest coast of England.

Caleb Stevens spent a week of his Easter holidays at sea learning the ropes on how to be a deckhand onboard the Crystal Sea SS118 which was skippered by his father David Stevens who is also Chair of Fishing into the Future,

It was an exciting new experience for the 12-year-old who found his feet quickly working on the sorting line and down helping pack fish in the hold. He was also given the task of cook for his week onboard.

Life at sea is never an easy job which Caleb found out. He found the worst part of his trip was getting seasick for the first twenty-four hours, but he battled on through the illness, working like a seasoned professional.

Asked what his favourite part of the trip was, he replied, “Probably gutting the haddock and generally doing something with the fish.”

David was pleased with how much his son learned on deck and was delighted how much he grasped so quickly and naturally.

Caleb had his full round of deckhand duties to carry out from sorting fish, to gutting them, along with working in the hold chopping ice and filling buckets.

In the galley every evening he cooked for himself and the crew. Tacos, fried chicken with vegetables, stew, steak and roast were all on the menu over the trip which was enjoyed by skipper and crew alike.

Caleb says that he is looking forward to getting back onboard again, but David says that he will have to wait for his summer holidays and only if the weather is suitable.

“We got really lucky with last week. It wasn’t rough but still there was a sharp role on it. Nothing bad but it was steady.”

David was proud to have his eldest son with him onboard. He was also keen to show him what his father worked at. He also hopes that Caleb’s sibling will follow the same path. He says, “It was really good. I’ve got a younger son called Jake and he’s already looking to come fishing as well, but I think it will be a few years before I can let him come out for a trip”

Both of David’s sons are familiar with the sea growing up in a fishing family as he did, but the first steps in a fishing career can often be daunting for youngsters, being away from their siblings and friends, and their mother.

“Caleb was really good. I’m proud to have sailed with him. He did himself proud too.

“We talked before the trip about what we hoped he could achieve on the trip, and he stepped up.

“He was very polite with the crew, and they enjoyed having him onboard. We had a good trip and they thought he was lucky, so he’s really set for another trip.”

Caleb’s experience has led him to a new understanding of what fishing is about. During his trip onboard the Crystal Sea he videoed a lot of his experiences and hopes to film more this summer. His goal is to put together a film he can show to other young people at his school to help them understand what life onboard a trawler is really like.

Caleb says that since he came home from the trip his friends have been asking a lot of questions about his experience such as what he was doing and what it was like being onboard the boat for a week. This film will help bring people into that world and maybe encourage others to consider fishing as a career.

Asked if he would recommend fishing as a career to other young people Caleb said, “I would say to them to remember that every time you gut a fish or ice fish, you are adding to your pay, and you are helping put food on people’s tables.”

Caleb says the best point of getting home after the trip was getting a shower in his own house but outside of that he really enjoyed his first fishing trip on the Crystal Sea. 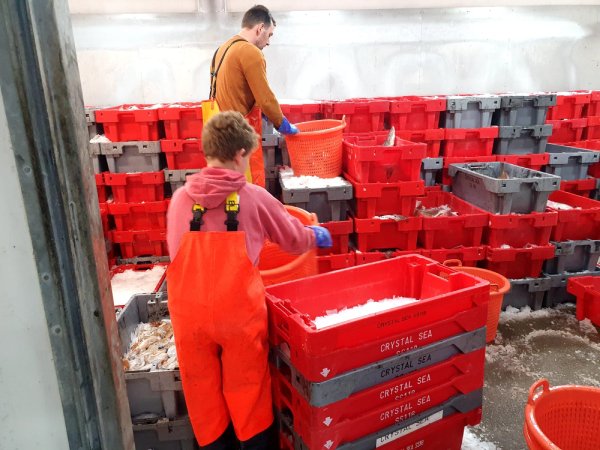 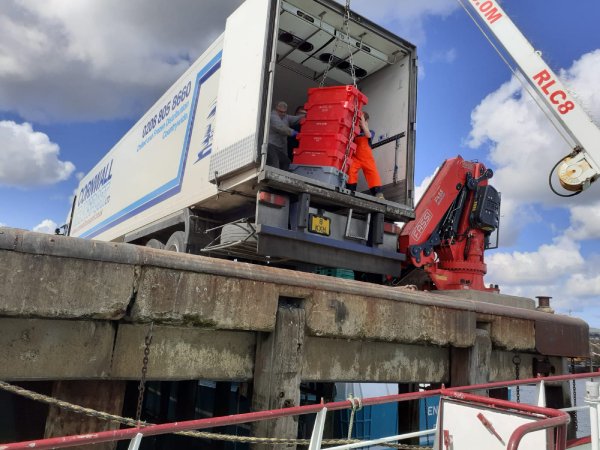 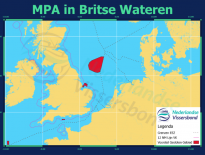 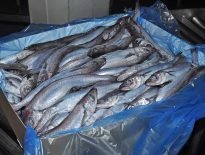