The FD Podcast Series 2 Episode 01 – Oliver speaks to Norwegian Marine Scientist Jens Christian Holst about his hypothesis on overgrazing and predation by mackerel, and the impact it is having on wild Atlantic Salmon stocks, and on the wider marine ecosystem in the Northeast Atlantic.

Many establish marine scientists do not agree with Jens Christian’s hypothesis on the impact mackerel stocks are having on the young salmon, known as post-smolts. The current marine scientific advice believes that global warming and sea lice are the main effects on the survivability of post-smolts once the leave the river system, but Jens Christian says that the possibility of predation by mackerel should be examined alongside the other two factors.

Jens Christian became interested in factors affecting the marine survival of the Atlantic salmon in 1991 whilst he was working for the Norwegian Marine Institute.

It was during a scientific study targeting herring that he noticed a lot of mackerel and post-smolts mixed together in the bycatch. He formed the idea that mackerel could predate on post-smolts. Experience taught him that mackerel are veracious predators, eating everything from plankton, to their own eggs, and quite often smaller mackerel has been found in the stomachs of bigger mackerel. Post-smolts and mackerel also share the same migration route along the west of Ireland and Scotland, and feed on the same grounds in the northern seas.

Jens Christian says that since 2008, there has been a population explosion of mackerel in the waters of the northeast Atlantic from Norway right across to west Iceland and Greenland. This huge has to be fed, but there is a shortage of food for them. This can be related through the size of mackerel, which have gotten smaller on average, and the length of time and size of salmon returning to the rivers of Ireland and Scotland.

Salmon are talking an average of two years longer to return to their spawning rivers. Jens Christian relates that to a shortage of their natural feed. The smaller mackerel and herring also indicate a shortage of feeding.

Large stocks of fish such as mackerel cause overgrazing. Overgrazing means a shortage of food, and an ultimate predator like a mackerel will eat anything to survive.

Jens Christian believes that mackerel stocks have been seriously underestimated and believes there are long-term issues in store for other fish species and seabirds if the current scientific research is not rethought.

Find out more by listening to the podcast. 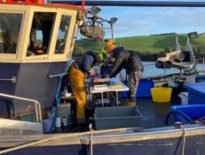 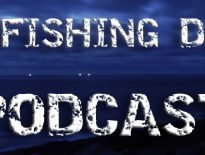