The Fishing Daily Podcast Series 2 Episode 9 – Aodh O’Donnell of the Irish Fish Producers Organisation (IFPO) speaks to The Fishing Daily Editor, Oliver McBride about the fuel cost crisis and the need for the government to provide financial support immediately.

The Irish fishing industry is facing another challenge as the Russian invasion of Ukraine drives up motor fuel prices across the board. The fishing industry in particular is hardest hit as it is an industry that consumes a lot of fuel in order to carry out its operations.

While France and Spain have provided funding support for their fisheries and seafood sector, the Irish government remains adamant that the best solution for Irish fishing vessels is to take up the Permanent Cessation Scheme as approved under the Seafood Sector Task Force Report. Irish vessels remain tied-up in port under either the voluntary tie-up scheme, or simply because they cannot afford to put to sea. This is despite the EU Commission approving that member states can provide supports for their industries because of the current international situation.

Whilst the Irish whitefish fleet is hampered by rising fuel costs, the French and Spanish can continue fishing in Irish waters.

A delegation from the Irish fishing and seafood industry met with DG MARE in Brussels at the end of May last. The delegation organised by Sinn Féin MEP, Chris MacManus allowed the representatives to put their case directly to the Director-General of DG MARE, Charlina Vitcheva and her colleagues. Oliver asks Aodh what has happened in the month since the meeting.

The recent EU Stakeholders event took place in Brussels where DG MARE laid out its plans for the marine environment over the next five years. Oliver asks Aodh if he believes the Irish fishing industry is in a place to modernise, and should the scientists be working more closely with fishermen?

The spatial squeeze is another big issue. The government is pushing for the development of offshore energy without consultation with the seafood industry. The government has also promised that 30% of Irish waters will be turned into marine protected areas by 2030. Again, the government has dismissed the fishing industry from any having a say on the issues that affect them most. Aodh calls for the fishing industry to be involved before any decisions about where offshore wind farm developments and MPAs are planned. 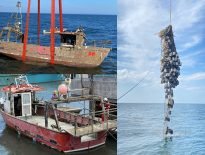 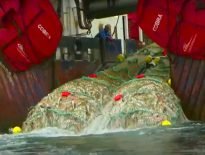