The December negotiations are currently underway and as the UK-EU negotiations reach their endgame Barrie feels that there is a better mood around this year’s talks as both sides are not trying to establish their position post-Brexit.

Under the terms of the Trade and Cooperation Agreement both sides have until 10 December to reach an agreement on shared quotas.

Other talks are also underway with trilateral talks between the UK/Norway and the EU, which look very close to conclusion on setting TACs for jointly managed stocks in the North Sea.

Separate bilateral negotiations between the UK and the EU, UK and Norway, UK and Faroes and EU and Norway have been proceeding in parallel.

UK and Norway, and UK and Faroes, talks last year failed to reach a fisheries agreement for 2021, leaving fleets on both sides to deal with sub-optimal fishing opportunities and access arrangements but Barrie feels there should be a positive outcome this year as all sides find their feet with the UK at the negotiating table as an independent coastal state.

Oliver and Barrie discuss International Council for the Exploration of the Seas (ICES). Oliver asks if the advice is what NFFO members are experiencing on the ground.

How has Brexit affected NFFO members and the UK fishing at large. The UK government did not fulfil the promise of an exclusive 12 nautical mile limit around the Kingdom of GB. Foreign vessels have been exploiting non-quota species to the frustration of UK fishermen, especially in the English Channel.

Does the fishing industry need to launch an educational programme to tell the public what is really happening out there in the sea? Sensational headlines and big stories without proof are having a massive influence on the public. Is it time to put the record straight?

Listen and find out more. 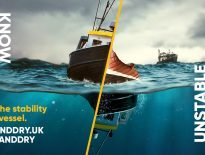 Featured News Fishing industry ramps up safety messages after wo… 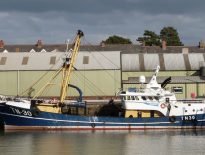