The Fishing Daily Podcast Season 2 Episode 17 – Aodh O’Donnell CEO of the Irish Fish Producer’s Organisation (IFPO) speaks with Oliver McBride editor of The Fishing Daily about the importance of Ireland maintaining its control over access to its waters in light of Norway seeking to fish blue whiting in the Irish EEZ from the EU.

Ireland has rich blue whiting fish stocks worth over €160m. Norway already has 18% of the European and coastal states quota for blue whiting – compared to Ireland’s share of just 3%.  But they are now seeking further – and unilateral access – to Irish waters, to catch much of their enormous blue whiting quota in 2023 of over 400,000 tonnes.

Aodh O’Donnell speaks to Oliver McBride on the concerns of the Irish fishing industry regarding EU Commission granting access to Norway to fish blue whiting in the Irish EEZ.

Fisheries Commission talks between the EU and Norway for fishing opportunities in 2023 have been suspended after they failed to reach an agreement on a number of issues but mostly on the access Norway wants to fish a blue whiting quota of 80,000 tonnes.

Aodh says that Irish waters are an asset that require careful management and third country access must be on the basis of reciprocity.

He says, “No deal is better than a bad deal.”

Oliver asks him if the EU Commission can be trusted on delivering a deal that does not damage Ireland after the fallout from the UK-EU Trade and Cooperation Agreement where Irish fishing got hammered. On the build up to the agreement, the EU promised that every member state would bear the fallout from Brexit equally, but Ireland paid a bill of 40% on fishing. When Ireland went seeking burden sharing as promised, EU member states reneged on the previous commitment.

The final AGRIFISH Council for 2022 starts tomorrow, Sunday 11 December. Oliver asks what members of the IFPO should expect.

The Voluntary Permanent Cessation Scheme, the new Sea-fisheries Control Plan, fuel subsidies and much more are discussed in the podcast 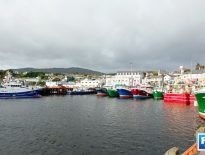 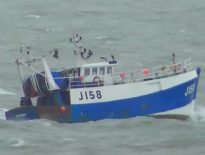