The Fishing Daily Podcast Season 3 Episode 02 – Patrick Murphy CEO of the Irish South and West Fish Producers Organisation (ISWFPO) speaks with Oliver McBride editor of The Fishing Daily about the Brexit Voluntary Cessation Scheme, otherwise known as the decommissioning scheme, and Oliver asks Patrick if he thinks some of the criticism from within the industry of the Minister for the Marine is warranted.

The Brexit Voluntary Permanent Cessation Scheme is anything but voluntary, says Patrick Murphy.

57 Irish fishing vessels that have applied for the decommissioning scheme have received their letters of offers from Bord Iascaigh Mhara (BIM) but as the compensation for exiting the industry is revealed, the boat owners are not happy with what is being offered.

The Irish South and West Fish Producers Organisation has organised a meeting on Wednesday 18 January 2023 for the 57 boat owners who have received offers for decommissioning and Patrick hopes that they will be able to attend. He has also invited department officials to attend and hope that a deal can be found for the fishermen.

The government is offering £75 million to take 60 fishing vessels out of commission in the Irish fishing fleet. This falls short of the €96 million deemed adequate.

Can the decommissioning scheme save the Irish fishing industry or is it just another opportunity to push fishermen so far as they leave the industry?

Minister for Agriculture, Food and the Marine, Charlie McConalogue appeared in a recent interview in the Irish Examiner where he said he believed he was doing a good job for the Irish fishing industry. The Minister received a lot of criticism from within the industry and Oliver asks Patrick if the criticisms are warranted.

Patrick gives him credit for standing firm with the industry over the Norwegians seeking access to fish blue whiting in Irish waters but does knock him for failing to give a crippled industry fuel supports during the energy costs crisis.

Listen and find out more.

If you want to add The Fishing Daily Podcast to your list on your favourite podcast provider our RSS FEED is https://thefishingdaily.com/feed/ 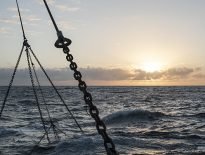 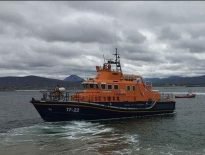