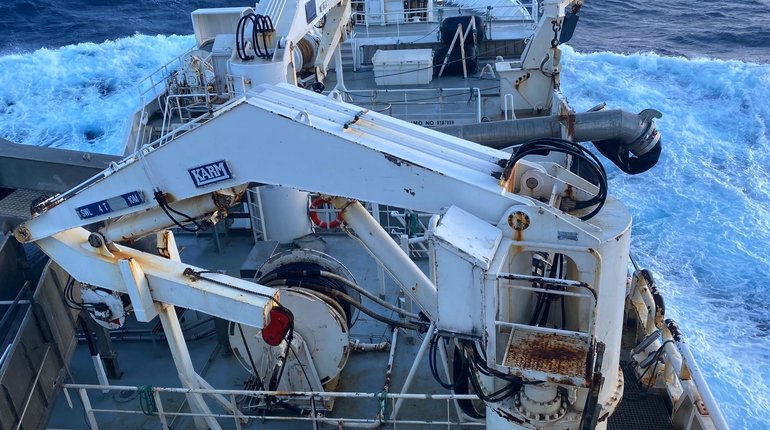 The blue whiting season has started off the southwest of Ireland. Photo: Gardar/ Ole Toft (2021)

The blue whiting season off the southwest of Ireland has started with Russian, Danish, Faroese and Norwegian boats gathering for the fishing bonanza.

The Norwegian pelagic trawler Gardar is in Killybegs today with 750 tonnes of blue whiting caught in international waters after four days fishing.

“”We saw little blue whiting on the way out and had a bit bad conditions when we were on the field on Monday,” skipper Ole Toft told the Sildelaget website.

“There were 15-20 Russian boats around 52 degrees close to the border that had found blue whiting. We went there and caught the 750 tonnes in four hauls until yesterday (Thursday), the largest of around 250 tonnes, says Toft and adds that they had heard the Russian boats had been looking for blue whiting for five days, all the way down to 50 degrees without to have seen something special before they came fishing where Gardar took his catch.

“We also heard from the Danish vessels further east in the EU zone that they have seen little blue whiting so far,” says Toft who would have liked to have seen them fill up the boat. The 750 tonnes were sold at the consumer auction and will be delivered to Arctic Fish in Killybegs.

“There are now five Norwegian boats scattered across the blue whiting fields and 8-10 vessels are on their way over,” says sales manager Knut Halvor Møgster in Sildelaget.

“This can be challenging for the Norwegian fleet, which has usually started fishing in international waters and then moved into the EU zone,” says sales director Knut Torgnes, who also points out that this year’s fishing starts later than usual. In 2020, Kings Bay was the first to catch on 28 January, while in 2019, blue whiting was caught in both the Faroese zone and the west of Ireland on 19 and 25 January, respectively.

According to Roald Oen, senior adviser in the Herring Team, just under 60,000 tonnes of blue whiting were fished in international waters from 19 February to 9 March last year. 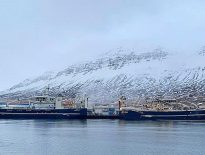 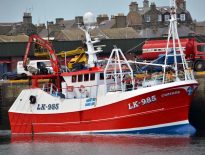