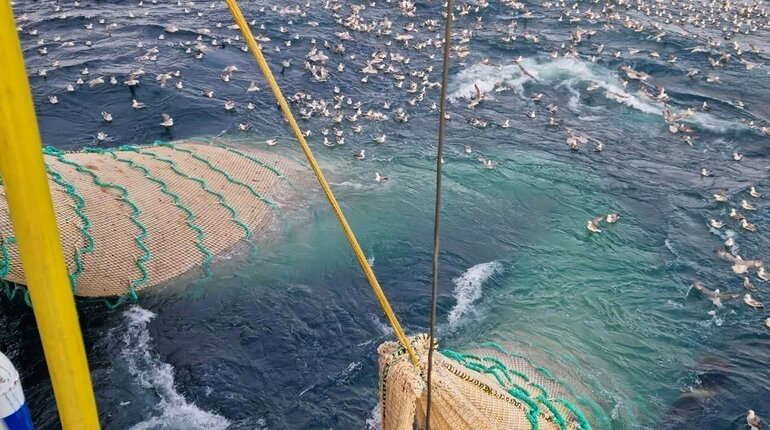 The Norwegian pelagic fleet has experienced the best blue whiting week of the year and capelin fishing in the Barents Sea has finished in week 12 of 2022, reports Kenneth Garvik, Sales Manager at Norges Sildesalgslag.

Blue whiting:
“We had the best blue whiting week of the year with as much as 39,100 tonnes in the registration journal. Best day of the week was Friday with 8,900 hours. This is distributed on 28 different boats. Apart from a couple of small slugs, which are fished in international waters, the entire quantity is fished west of Ireland in the EU zone.

The fishing has been uneven throughout the week, where the blue whiting one day is more scattered, and then gathers again. This is not unusual, as blue whiting now migrates north from the EU zone and into British waters. Normally it accumulates better when it hits the “edge”.

Fishing for blue whiting in the Atlantic is usually carried out in storms and storms. This has been the opposite last week where fishermen report calm and mirror-shiny seas.

Compared to recent years, more blue whiting is sold for human consumption. Of this week’s quantity, 12,500 tonnes have been sold to consumer buyers in Killybegs (Ireland). With high bunker prices, the extra costs of sailing to Norway are significant. And this can amount to hundreds of thousands on a trip.

In the coming week, we still expect good participation in this fishing. Of the quota in the EU zone of 146,000 tonnes, just over 80,000 tonnes have been fished.”

Capelin Barents Sea:
“The five boats that had a quota left on the capelin were hampered by storms the first part of the week. When the wind lied, everyone got a catch and reported almost 2,000 tonnes. The catches were taken north of the Sværholt Sea, which lies between Magerøya and the Nordkinn Peninsula.

With this, this year’s capelin fishing in the Barents Sea was in port. A short summary shows that the quota of 42,000 tonnes has been fished in just under a month, where we had our first catch on 26 February.
Capelin has been fished over a large area with several capelin entrances from the north of Andøy in the west to East Finnmark. The fishermen have registered a lot of capelin, where in some periods there have been challenges in finding suitable shoals to cast on.

In contrast to the Norwegian capelin fishing in Iceland where the main part went to flour / oil, virtually all capelin from the Barents Sea has been sold for consumption. Only 1,100 t have been sold for flour / oil use.
At the end of the season, when the eggs were ripe, we got high prices in the auctions. The main reason for this is that the Icelanders have produced much less capelin roe than planned. They also have quite a bit of their quota left after fishing.”

Horse mackerel / Mackerel:
“As elsewhere in recent years, there are boats hunting for horse mackerel in the fjords of Vestland and Rogaland. Last week we received 84 tonnes from four different boats.
In total, these coastal boats have fished 1,350 t so far this winter, and with good demand for horse mackerel, it achieves good prices for the catches.

In addition to horse mackerel, on Sunday we received 1 tonne of mackerel for fresh use. With a little sun and heat, the mackerel will gather, and hopefully there will be more mackerel catches for the smallest boats throughout the spring.” 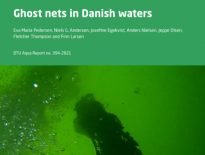