The NI-CHART Bluefin Tuna programme has recorded its first catch and release of an Atlantic bluefin tuna in Northern Ireland’s waters.

The Agri-Food and Biosciences Institute (AFBI) and DAERA launched the NI CHART (CatcH And Release Tuna) programme in September, looking at feasibility of a recreational, tag and release bluefin tuna fishery in Northern Ireland waters. Locals have been reporting bluefin tuna sightings off the north and east coast of Northern Ireland over the last few years in the late summer, through autumn and winter, but little is known about their distribution. There are five skippers licenced in the current pilot programme, targeting bluefin from sea angling boats and collecting data both independently and by hosting scientific observers on board, to learn more about bluefin tuna off Northern Ireland.

The first NI CHART tuna, estimated at almost 2m long, has now been caught and tagged between Ballycastle and Rathlin Island. Tagging is carried out using a traditional floy tag, a long, narrow, brightly coloured external tag with a unique reference number, inserted just below the second dorsal fin. This is easily noticed and identified if recaught and should be reported to AFBI via fishtagging@afbini.gov.uk.  The skipper of the Torra, Davy Frayne said the fish was “in great condition and it was great to get the first fish tagged and released successfully”. 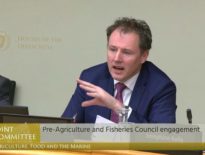 Featured News Fuel subsidy is on Minister’s radar but fishing … 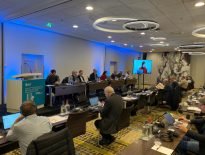