Hello, im james Corbett, a 14 year year old fisherman. All my family are fishermen. my dad bought  a 20ft atlantic fisher for inshore fishing, we do lobster potting, we do lobster potting, cuttlefish potting, handlining for mackerel and pollock, netting for bass,mullet, , mackerel, herrings, pilchards and many more. I am very good at my job and so is the rest of my family. it’s not just a job it’s a way of life!

I am writing to you because the seals are affecting our livelihood and mental health, they are tearing holes into our £300+ fishing nets by snatching the fish from the nets, being left heads and gill plates from the fish they savaged.
They are following the boat whilst you are hauling the lobster pots and when you bait them up and chuck the pots back over the rail the seals are diving down and taking the bait and leaving the flaps open so that the lobster and crabs can escape.
We are  having them come into the cuttlefish traps and ripping the mesh and eating all the cuttlefish that are in the trap. We are having the seals come up and rip the mackerell off the hand line and one day we will get a seal, get hooked up and dive right down to the seabed and you will get dragged overboard and get seriously injured and maybe even drowned!
were going out at 5am in the mornings in the freezing cold, windy weather for nothing! that’s not right, is it?
we go out 15-60 miles offshore for bass and pollock and the seals are still out there! when you finally get your fish on the hook and have to reel it up 250ft the seal follows it up halfway and bites it in half.
You could go out and shoot a net 10 years ago and could guarantee 50-100stone of fish, now you’re lucky to get 5stone. it’s beyond a joke now.
it’s not only putting a massive dent in our paycheck but our livelihood and mental health as well.
I know several fishermen, who have sold all their fishing gear, because the seals have put the out of business! If you would like to hear their side of the story then just ask me and I will give you their names and numbers.
there has to be a way to reduce the seal population! I’m not saying all seals, but a few.
I want to carry my fishing generation on, and I know that there aren’t many young people like me coming into the fishing industry.
I will keep sending this email everyday, and a letter every week until i get a reply, I’m looking forward to your reply,
many thanks,
James Corbett.
A fisherman, fishing out of Torquay.

If you have something about the Fishing Industry you want to get off your chest write to me here editor@thefishingdaily.com

Please use moderate language as we do not set out to offend anyone.

Letters to the Editor 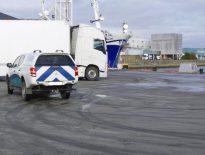 Featured News EU must be joking! Irish fishing industry expected…
Letters to the Editor Supermarkets need to be encouraged to proffer your…
0