Work begins on ISO for waste handling on fishing vessels 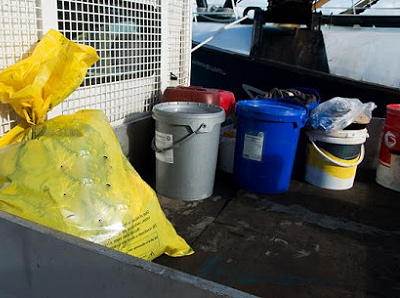 It has now been clarified that work has started on an international standard (ISO) for handling waste on board fishing vessels.

The initiative for such a standard came from the Norwegian Fishermen’s Association in the autumn of 2019.

ISO has decided to follow up the initiative from the Norwegian Fishermen’s Association to prepare an international standard for handling waste from fishing vessels.

A national working group, a so-called “mirror committee”, and an international committee are now being appointed. These will have their first meetings in September and October, respectively. The secretariat work in the relevant ISO committee is in this case done by Standard Norway.

Standard Norway is now working to invite relevant stakeholders and partners in Norway to participate in this work.

“It is an important step that is now being taken to help show that the industry takes active responsibility for waste management. I hope the new standard will be a tool that is used by the industry on a broad level.”

That’s what the leader of the Norwegian Fishermen’s Association, Kjell Ingebrigtsen, says.

He points out that the fishing and seafood industry is pointed out as a source of much of today’s waste in the sea.

“We have gained an increased awareness that the sea can not be used as a waste site and the fisherman understands that the sea needs to be in good condition to continue to provide healthy and sustainable food. Then I also hope that we get a good international collaboration on handling and recycling on land,” says Ingebrigtsen.

Standard Norway has, following a proposal from the Norwegian Fishermen’s Association, started by developing an international standard for reducing and handling waste on fishing vessels. In this work, key companies, with different roles, are involved along the value chain.

The Norwegian Fishermen’s Association launched its initiative during the Our Ocean conference held in Norway in October 2019.

We then pointed out that littering and other pollution of oceans and freshwater deposits is a growing problem that threatens biological diversity and the possibilities for future conservation and utilization of marine resources. There are a number of sources for this littering, and the authorities, consumers and various industries have a responsibility to reverse the trend. The problem has both a national and global character.

To improve the situation, the Norwegian Fishermen’s Association has therefore proposed to develop an international standard for fishing vessels, where the intention is to reduce littering from the fishing industry globally.

The aim is to contribute to the international fishing fleet being provided with a framework that imposes a clarified responsibility on the industry not to add macro- and microplastics to water, and that the contribution entails reduced pollution of beaches and other coastal areas. The standard will also be able to make a positive contribution when it comes to avoiding ghost fishing. The system that is being developed must be able to function seamlessly together with equipment suppliers to the industry, for example in connection with the use of packaging, as well as a reception apparatus for waste on land and companies that process this further.

The project that will be launched will also support ongoing work on the circular economy, European plastics strategy and work on resource economics, as well as several of the UN’s sustainability goals, such as protecting life underwater (sustainability goal 14) and on land (15).

Following a proposal from Norway, a working group has now been established in the international standardization organization ISO, under ISO / TC 234, Fisheries and aquaculture. This has been named ISO / TC 234 / WG 10, Waste management on fishing vessels.

The standard that will be developed will be called ISO 5020, Waste reduction and treatment on fishing vessels. The work will have Norwegian management and secretariat, and Jan Henrik Sandberg from Fiskarlaget will lead the international work.

In addition, one Norwegian expert has been appointed for international work, but here we want more. A national mirror committee, SN / K 589, Waste management on fishing vessels, is being established, which will function as a resource group with special responsibility for promoting Norwegian views in international work.

As soon as ISO 5020 is available, it will be translated into Norwegian, in order to further increase its user-friendliness for domestic conditions. Towards the finished standard, the development will be followed up with various information measures and possibly also training to prepare relevant companies about what the new standard contains and how they can use it as effectively as possible.

In addition to the work will contribute to a cleaner marine environment, we believe the measure will increase the reputation of the fisheries and other businesses along the value chains involved, by demonstrating that we take littering and other marine pollution seriously and that we do something active to improve the situation.

Work begins on ISO for waste handling on fishing vessels 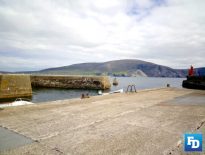 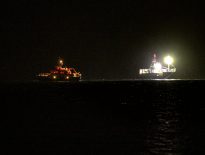