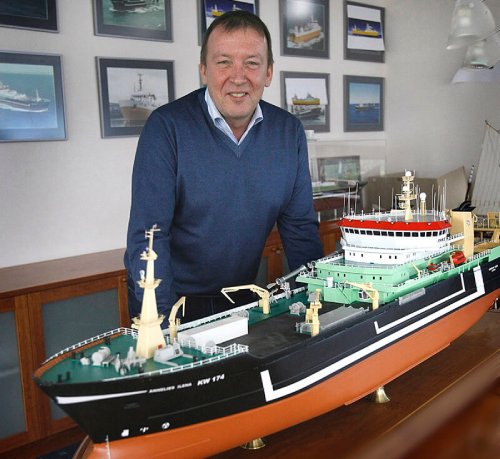 The head of the ENAFA, Diek Parlevliet  says the they will not withdraw their fishing vessels from the Svalbard Zone

“We are not withdrawing from fishing in the Svalbard zone”, the head of the European North Atlantic Fisheries Association (ENAFA), Diek Parlevliet has told the Norwegians.

There is no sign that the conflict between the Norway and the EU over fishing in the Svalbard zone finds its solution. The EU trawlers’ spokesman, who is also the head of the Dutch company Parlevliet van der Plas hopes a new government will come to its senses.

In an interview with Fiskeribladet, he says that his members are very surprised by the Norwegian authorities’ conduct in this matter.

“The EU has worked closely and well with the Norwegian authorities for more than 30 years in relation to fishing in the Svalbard zone. In all these years, we have had the same percentage for our fishing, with an understanding that the EU is entitled to 2.9 per cent of the total cod quota set in the Barents Sea,” Parlevliet pointed out.

In the interview he says he feels that the Norwegian government is now using the British exit from the EU as a pretext to reduce a quota that has been in place for a long time.

He says, “And when the European Commission has asked for an explanation for the reduction, they are met by strange answers,” referring to one explanation given to the EU and another to the British.

While Norway have argued with the decade before 1977 against the EU, Norway of the past 30 years refers to the British.

“We do not recognise Norway in this conflict,” says Parlevliet, and he believes that the European Commission is as surprised and has the same opinion of Norway as the twelve companies that are members of his organisation.

“For our members, cod fishing in the Barents Sea is of crucial importance in order to survive. These are also smaller companies with one to two ships in fishing, some of which have invested in brand new boats that are now in danger of losing their operational base,” he says.

“We hope that after the election in Norway, a new government will come to terms with a relationship that relates back to the Paris Agreement on Svalbard in 1920,” he says, referring to the fact that the Svalbard Treaty was signed in 1920 in Paris.

“The European Commission is supporting it for principled reasons,” he says.

The spokesman for the EU trawlers said his organisation has asked the Commission to consider trade restrictions aimed at Norway if their boats are arrested by the Norwegian Coast Guard. A measure that would be in accordance with international law, if one coastal state believes another coastal state does not manage common fish stocks in a sustainable way.

Parlevliet believes that it is strange that Norway choose to set this course with such a powerful neighbour as the EU, while retaining only 5,000 tonnes drawn from the EU and British cod quotas.

Parlevliet himself assures that the trawlers do not intend to give up until they have fished the entire EU quota of 28,000 tonnes. There are now 4,000 tonnes of the NØS quota remaining, and he expects it to be fished up by mid-October.

“For us, it is important to stand up for our interests and not back out. Even if we get arrested,” he said.

He confirms information Fiskeribladet received that the European Commission has prepared an instruction for how trawlers should behave if they are arrested. What it contains, Parlevliet will not say, but according to what Fiskeribladet is told, the trawler skippers are encouraged to document as much of the incident as possible.

“We hope that the conflict will not go so far as to see arrests,” says Parlevliet. He rejects the notion that there will be warships from EU countries to protect EU trawlers in the Svalbard zone.

“We are all NATO countries and it would look strange if we sent warships towards Norway,” he says, adding;

“We hope for a peaceful solution when a new Norwegian government is in place.

Rolf Einar Fife is Norway’s Ambassador to the EU and the person who has daily contact with the Commission and EU Parliamentarians on matters affecting the relations between the Norway and the EU. He has worked with the Law of the Sea fisheries management for many years and led the negotiations with Russia that led to a final clarification on the dividing line in the Barents Sea in 2011.

Fiskeribladet has asked him to comment on the statements of the spokesman for the EU trawlers. Fife said he could not comment on the content of the statements. He describes cooperation with the EU as good, also on fisheries issues, where Norway and the EU have many common interests.

“We have reached agreement on the management of the North Sea, Skagerak and Kattegat, and we share our views on law of the sea, sustainability and measures against illegal unregulated fishing,” he points out.

On the conflict between the EU and Norway in the Svalbard zone, Fife points out that this concerns the situation that arose when the British withdrew from the EU.

“This led to new challenges related to the distribution of quotas in the Svalbard zone,” he says, and believes that the EU understands the Norwegian position.

“The government has been clear on this issue, which has been communicated to the EU,” he says.

He himself hopes for good solutions to the conflict, pointing out that after Brexit there have also been disagreements about the distribution of mackerel quotas on which clarifications are sought.

“Here we have common interests with the EU in finding solutions that lead to sustainable fishing and management,” he says. Fife believes his previous work on law of the sea and fisheries management is useful in the work he is now set to do in Brussels. 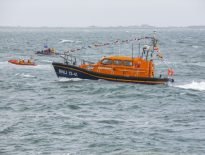 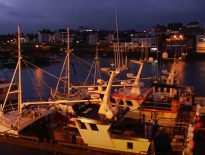