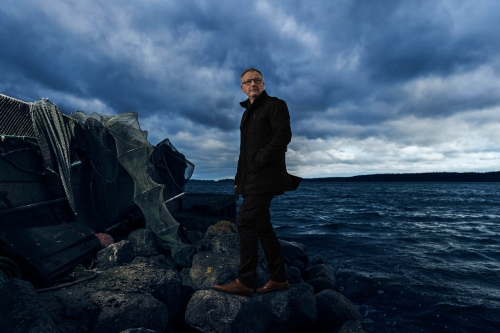 The recently concluded Brexit agreement means that from 1 January, Danish fishermen will release a quarter of the fishing quotas they have previously caught in British waters.

The Brexit agreement will cost Danish fishing dearly. This is clear after the content of the agreement between the EU and the UK has fallen into place.  Danish fishermen usually catch up to 40% of their catches and 30% of their turnover in British waters. From New Year, Danish fishermen will have to submit fishing quotas to the United Kingdom to a value of around DKK 1.5 billion to maintain access to British waters. It is a high price that creates deep concern among the chairman of the Danish Fisheries Association, Svend Erik-Andersen.

“This is very serious. We expect fishermen to lose their livelihoods, and it will be a hard blow against Denmark and against North and West Jutland, where fishing plays a special role and is the lifeblood of many local communities. I have deep sympathy for the people who risk losing their jobs and livelihoods as a result of this unfair deal. This applies to our own members. And this applies to those who are employed in the follow-up industries around the fishing ports,” says Svend-Erik Andersen, chairman of the Danish Fisheries Association.

The Danish Fisheries Association will now take a closer look at the specific figures for settling the estate. Unfortunately, a picture is already emerging that the bill for Brexit ends up with the fishermen who supply the completely ordinary edible fish such as cod, saithe and plaice, which are popular with Danish consumers. This arouses great concern at the Danish Fisheries Association.

“It is very worrying that the bill for Brexit hits some fishermen harder than others. It seems that the consumer fishery will pay an unreasonably large share of the price for access, and it can be devastating for their business,” says Svend-Erik Andersen, Danish Fisheries Association.

Negotiations on Brexit have been protracted, and it has been a crucial wish of the fishing industry, the government and EU negotiators that EU fishermen continue to be able to fish in British waters according to the current allocation keys for fishing quotas, which means that fishing will largely be able to continue as today. Although it has been a strong alliance, the Danish Fisheries Association must admit that it has not been sufficient.

“Even though we stand by the result we feared, the government should be praised for having fought for Danish fishing. Unfortunately, the persistent efforts have not been enough. Now the government must show that they support the fishery. We therefore call for political negotiations to be convened on a Brexit package for Danish fisheries. The package must ensure that we maintain as many jobs as possible in the short and long term, and that we also equip the fishery to contribute even more to the green transition, where Danish fisheries are already at the forefront of the most sustainable in the world,” concludes Svend-Erik Andersen. 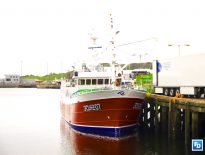 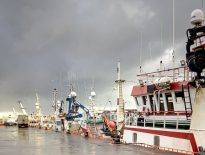