The Names on the Greenpeace Dogger Bank Granite Boulders 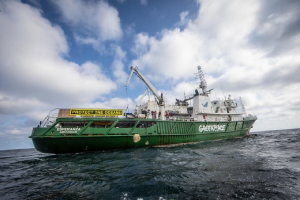 Charles Clover and Hugh Fearnley-Whittingstall have identified themselves as sponsors on two of the Greenpeace Dogger Bank Boulders. Photo: Greenpeace

Charles Clover, executive director of the Blue Marine Foundation, has identified himself the sponsor of one of the boulders dumped by Greenpeace on the Dogger Bank marine protected area.

Last month Greenpeace dumped three tonne boulders in the area in what they called an attempt to stop fishing vessels trawling or dredging.

In an article called “How to stop trawling from trashing the North Sea” carried by The Spectator magazine due out on 10 October, Mr Clover writes:

“Recently Greenpeace dropped a boatload of granite boulders on to Dogger Bank, a permanent threat to any boat that attempts to drag a trawl net across the sandy sea-bottom. One of the biggest boulders had my name painted on it, because Greenpeace asked and I said yes. And in saying yes, I crossed a line that I have never crossed before in 40 years of writing about the environment. I joined the activists, in I hope a measured way, because it’s so very important to give the North Sea a chance to revive itself.

“Dogger Bank is the ecological heart of the North Sea and it played a large part in the growth of civilisation in northern Europe. It is also the perfect example of the failure of the European Union to obey its own environmental laws; and, unless drastic action is taken and amendments are made to the Fisheries Bill, it will also become a symbol of Brexit as a lost opportunity.”

His article can be read in full by clicking here.

Another sponsor of a boulder was Hugh Fearnley-Whittingstall, the writer and broadcaster who led the campaign for reform of Europe’s fishing policies in 2012-13.

Fearnley-Whittingstall put his name to a boulder to be dropped by Greenpeace on the Dogger Bank in protest at the weakness of the government’s Fisheries Bill.

Last week he said: “This week a boulder with my name on it will be dropped by Greenpeace on the Dogger Bank. I’m proud to take part in this action to help prevent unlawful and highly damaging trawling and dredging on one of the most important Marine Protected Areas in our seas.

“The new Fisheries Bill needs to live up to its promise to protect our seas and allocate the post Brexit fisheries opportunities in a truly sustainable way that favours small scale inshore fishermen. All our Government’s bold talk of ‘taking back control’ of our fisheries will amount to nothing if our marine reserves remain ‘paper parks’ without proper protection, our fish stocks are not sustainably managed, and our fish are given away to foreign-owned fishing vessels and not the home-grown inshore fleet that will look after them best.”

Greenpeace claim they want to protect the Dogger Bank from fishing with bottom trawls. This type of fishing demonstrably destroys the habitat of the protected area. “The British government failed to take action against the destruction of the bottom trawling fleet operating in its protected areas,” says Greenpeace marine biologist Thilo Maack. “This is why the activists are expanding the marine protection they started in the German Baltic Sea in July. We demand real protected areas without destructive fishing. “

The Names on the Greenpeace Dogger Bank Granite Boulders 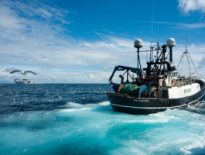 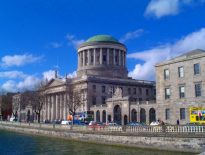