The Fishing Daily is excited to announce that In Their Thousands will be providing the new theme music for Season 2 of the FD Podcast.

Acrasia which was released as a single from the bands debut album in 2019 of the same name was the Number 1 choice for Managing Editor Oliver McBride and not just because they hail from the same place.

In Their Thousands are a four-piece alternative rock band who hail from the ragged and rocky coastline of Donegal on north-east Atlantic. The band consist of two brothers, Declan and Aidan McClafferty, their cousin Ruairí Friel and friend Marty Smith.

The band display an array of talents with Declan playing guitar, pedal steel guitar, mandolin and providing vocals. His brother Aidan plays the drums and also provides vocals, Ruairí provides vocals and plays guitar with the band, and is also known to be handy with the banjo and mandolin. Together with bass player and vocalist Marty Smith, In Their Thousands create a distinct sound that makes you want to put the album on repeat.

The formidable quartet have been playing together for over a decade and have a loyal following whether they are at home or abroad.

Oliver says, “I really wanted ‘Acrasia’ for the first season of our podcast, but I thought I better see how this thing works out first. ‘Acrasia’ is a song that I am in awe of. It is up there in my top ten songs of all time and when you listen to it, I think you will understand why.

“I’m over the moon to have In Their Thousands onboard, not just because they’re local lads but because in my opinion they are one of the best bands out there right now.” 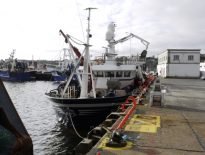 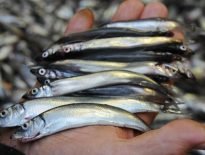