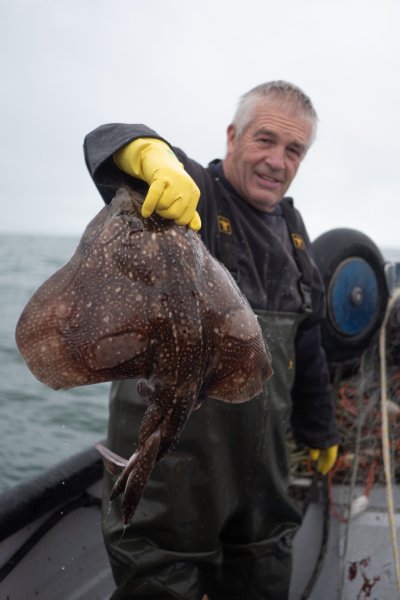 The film Bognor Fishing – Back from the Brink captures the journey of local fisherman, Clive Mills, as he brings fishing back to Bogner Regis

Marine conservation charity Blue Marine Foundation has today launched a film to celebrate one fisherman’s fight to bring Bognor Regis fishing back from the brink.

The film Bognor Fishing – Back from the Brink captures the journey of local Bognor Regis fisherman, Clive Mills, as he takes the first steps to bring fishing back into the heart of the coastal community.

After centuries of fishing tradition, Bognor’s beach fishing fleet has become almost extinct. Hundreds of small boats have landed their catch at Bognor Regis over the years but, like the fishermen’s cottages before them, the fishermen themselves were becoming a thing of the past. Now the fight is on to reinvigorate fishing at Bognor Regis once more and ‘bring it back from the brink’.

As a fourth-generation fisherman from Bognor Regis, West Sussex, in 1999 Clive stopped fishing – after years of declining catches he could no longer earn a living. Over 20 years later Clive launched his boat once more and is leading a revival of the Bognor beach fishing fleet.

Along with three local fishermen, Dicky Leggett, Mick Steer and Terry Homer, Clive helped revitalise the Bognor Fishermen’s Association in 2021. With unstinting support from local Mayor, Steve Goodheart, they have transformed a derelict shed on the beach into a fish stall to sell their catch to local residents.

Their future hope is to transform an area of the Bognor Regis promenade into an educational hub to share the history of fishing that was once a core of the coastal Sussex community, sell fish caught by their low-impact day boats and champion recovery of the Sussex kelp beds to support a thriving inshore fleet once more.

Clive Mills said: “I’ve always had a boat, it’s like having a pair of shoes. My father-in-law taught me a lesson early on – ‘you can’t keep fishing for today, you’ve got to leave something for tomorrow’. Those words really mean a lot to me, we need to be looking after what we’ve got because there ain’t a lot left. We want to put something back now, we want to show that we can catch fish and that there’s fish to be had, but we’ve got to give the edge, give the percentage back to the fish, not us have the percentage on the fish.”

“We’ve managed to stop the pair trawlers, and the fish life coming back inshore now is incredible and it didn’t take long. We’ve never seen so many pods of dolphins as this year, it’s part of what’s out there and everyone should be entitled to see that.”

Steve Goodheart, Mayor of Bognor Regis said: “All along the south coast there are fishing communities who are doing the same type of work and as residents we should be supporting every effort to improve the state of our coastal waters.”

Blue Marine is working with fishermen, Sussex Inshore Fisheries and Conservation Authority (IFCA), Universities, NGOs and local authorities to support recovery of the once historic and extensive kelp beds off Sussex – over 96 per cent of which have been lost since the late 1980s. Blue Marine and partners of the Sussex Kelp Restoration Project are monitoring the natural recovery of the kelp beds and the benefits this brings for commercial fisheries as well as investigating potential barriers to kelp recovery such as sedimentation.

Sam Fanshawe, Blue Marine’s UK Projects Manager said: “Clive and the fishermen of the Bognor Fishermen’s Association represent inshore small-scale fishermen around the UK who have hope combined with an innovative spirit and determination to bring fishing back from the brink. They recognise the impact that loss of the kelp beds off the Sussex coast has had on fishing and are working with the sea to help restore not only the vital marine habitats that have been lost, but the inshore fishing communities they supported.” 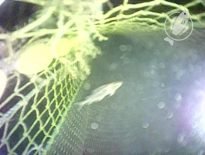 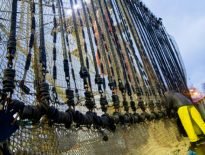