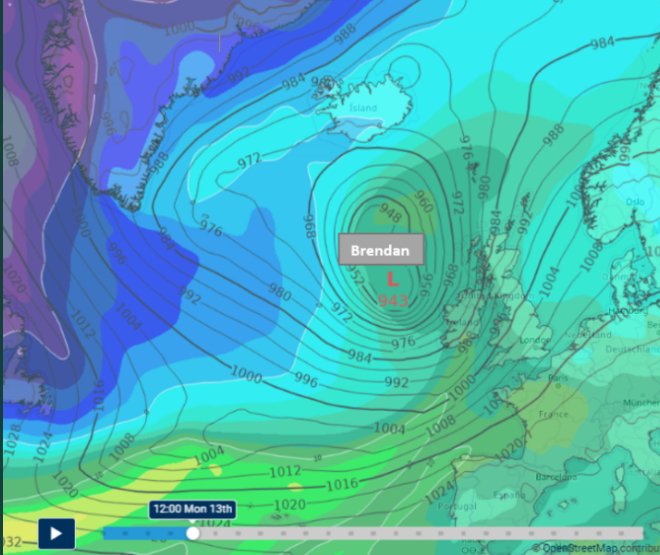 A Status Red – Gale Warning has been issued for along the Irish seaboard.

Met Éireann has upgraded Storm Brendan and the forecast below was released by the meteorological organisation at 14.00 hours today (Sunday).

Monday will be extremely windy or stormy, as storm Brendan tracks to the northwest of the country. Strong to gale force southerly winds will extend countrywide during the morning, with severe and damaging gusts, especially on southern, western and northwestern coasts. Heavy rain will extend from the Atlantic also, possibly thundery in places. There is a significant risk of coastal flooding due to a combination of strong winds, high spring tides and storm surge. Clearer conditions, with squally showers of rain and hail, will follow from the west during the afternoon and early evening, but there is a continuing risk of thunder. Winds will veer southwesterly with the clearance, easing a little in most areas, but it will remain stormy on western coasts, with further severe gusts. Maximum temperatures 7 to 10 degrees.