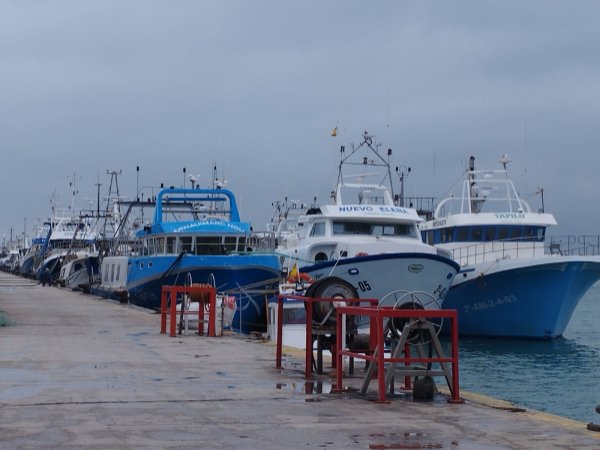 The Spanish fishing sector has asked the government for improvements, flexibility and speed in the implementation of aid

The Fishing Sector asks the government for improvements, flexibility and speed in the implementation of aid

The fishing sector, represented by the Spanish Fisheries Confederation (Cepesca), is facing the profitability of its activity in the coming months with uncertainty and is therefore asking the Government for improvements in aid, greater specificity in some issues, flexibility in its application and maximum agility to execute the shock measures announced by Minister Luis Planas, on March 29, to respond to the operating cost crisis generated by the war in Ukraine.

The sector has agreed to this after holding an Extraordinary Board of Directors yesterday and after meeting last Monday with the General Secretariat of Fisheries to analyse, precisely, the execution of these measures. In this regard, the sector, although it appreciates the effort made by the MAPA, considers that the measures are insufficient and states that this execution could be much more agile if a more fluid dialogue had been maintained between the Ministry and the fishermen and in parallel. to the preparation of the Royal Decree-Law.

In the opinion of the sector, this attitude would have served to define technical criteria more adjusted to the accounting reality of the fishing companies and would have helped to improve the compensation of the costs, triggered after the crisis of the war conflict.

In this particular, the sector fears that an excessive and sometimes inefficient bureaucracy endangers the viability of numerous companies if they are not recipients of them in a short space of time. In this sense, the sector states that “today, the inshore fleet would only benefit from the aid of 0.20 euros per litre of fuel, like the rest of the citizens of Spain, and from the direct aid authorised by the European Commission, which are around €1,550 for the smallest vessels and €6,873 for the largest vessels operating in Spanish waters. Likewise, they see the measures of article 26 of the EMFAF as difficult to apply.”

In relation to the deep-sea fleet, the government is yet to specify whether the Spanish ships that work and refuel outside Spanish waters, but supplied by Spanish companies, will also be beneficiaries of the €0.20. If this were not the case, the aid they would receive would be very scarce. In the opinion of the sector, this situation requires urgent clarification, even more so if one takes into account that it is impossible to know how long the current environment will continue. Added to this is the strong competitiveness to which our long-distance fleet is subjected compared to other fleets, such as the Asian onesthat, without meeting the same quality, socioeconomic and environmental standards that are required in Europe, introduce their products for the consumption of community citizens, to which is added the question of the aid they receive to compensate for the rise in the price of fuels.

In this regard, the sector again expresses the need to address a Common Fisheries Policy (CFP) with a vision of the future . Just as energy dependency or a common defence policy are being addressed, the sector points out, it is necessary to define a framework of action for fishing capable of anticipating and absorbing setbacks, such as the one we are currently experiencing and, above all, capable of strengthening the interests of the European fishing sector in the face of the threat of leaving the supply of proteins from the sea in the hands of third parties.

Currently, some 300 vessels carry out their activity outside of Spain, capturing around 60% of the total Spanish catches. Likewise, part of this fleet has been seriously affected since it exported species such as hake to Ukraine for a value of more than 17 million euros.

On the other hand, the sector has pointed out that it is incomprehensible and disappointing to exclude trap boats from direct aid in the temporary framework, even more so considering that Europe equates fishing boats and traps to avoid discrimination in access to direct aid. In this sense, the sector states, it is not understandable that the Spanish Administration only contemplates this comparison when the aid is financed with community funds and considers that it is necessary to amend this point clearly and without delay, so that the tuna traps can access this aid in equality with other fleets.

In relation to the exemption in the payment of port taxes, currently applied to unloading of fresh fish, Cepesca demands that the government apply exemptions to all port taxes, as Galicia and Andalusia, among others, have already done. Likewise, coordination between the central Administration and the Autonomous Communities is necessary in order to achieve a homogeneous application that includes all the ports of Spain and thus avoid discrimination between fleets.

Aid to the sector

Of the aid package approved by the Government to mitigate the impact of the increase in the cost of energy and raw materials, direct aid stands at 18.18 million euros, with aid from 1,550 euros for ships under 25 GT (gross tonnage) up to a maximum of 35,000 euros per company for vessels from 2,500 GT.

At this point, the sector requests that the maximum amount of these direct aid from the member states to compensate for the increase in operating costs contemplated in the temporary framework approved by the European Commission (EC) be raised to 65,000 euros (30,000 additional euros de minimis), as Commissioner Sinkevicius assured that it could be done at a meeting with the European fisheries sector last Friday, April 1.

For its part, community aid for the fishing sector for additional costs and charged to the European Maritime, Fisheries and Aquaculture Fund (EMFAF) Article 26, which corresponds to article 34 of the Royal Decree-Law-, already contemplated in the European legislation and expressly authorized by the European Commission in response to the exceptional situation, stand at 30 million. In this case, it is essential that some of the concepts that will be eligible be clarified as soon as possible and that the Government be flexible in its application. In this sense, it is essential that the General Secretariat of Fisheries urgently send the sector the interpretative note that it has promised to carry out and that includes the maximum possible concepts.

Finally, in view of the current situation, dramatic for many companies, many shipowners are asking the Government to activate the aid for scrapping, provided for in the EMFAF, in order to be able to leave the activity “with dignity”. 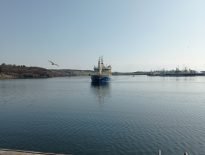 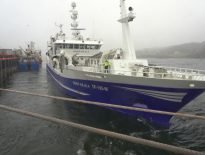