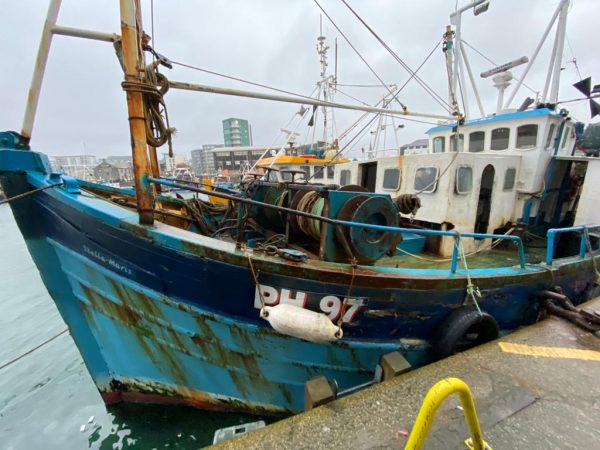 Six-years of wrongful pain and grief finally ended for a trawler owner as a D&S IFCA prosecution thrown out of Court. Photo: Sarah Ready

The effect of the stay is to acquit the men of all 16 charges each, expunge the £22,000 each fines and costs orders of Plymouth Magistrates of November 2018 and to wipe the record clean in respect of the wrongful charges of fishing in a Marine Protected Area (“MPA”) located just outside Plymouth in Bigbury Bay in 2016.

This case involved uncorroborated or exclusively VMS evidence. VMS is the system by which a fishing boat automatically informs the D&S IFCA of its position, heading and speed.

This case mirrors the acquittal in July 2018 by a jury in Gloucester Crown Court of two other fishermen, Derek Meredith and David Bickerstaff, again wrongfully charged by D&S IFCA for fishing offences alleged to have occurred in 2016. That case was described by the D&S IFCA in 2018 as ‘The Test Case” for prosecuting cases on uncorroborated evidence of VMS.

The impact of these cases is to establish a worrying pattern of prosecution by D&S IFCA based on a false premise – that they only require the print outs of VMS before they prosecute and that they do not need eyewitness corroborating evidence of fishing in an MPA.

After the decision by the judge, Jack Baker said:

“This is a great relief for me, the skipper and our loved ones. We have all been made unwell physically and mentally by this. I had two suspected heart attacks with the stress. We were treated as guilty before we ever interviewed and all on the say so of their chief officer who simply “thought” we were fishing. Once we were charged, we had to then prove our innocence, which in their blinded eyes, we could never do. But I knew this whole thing was nonsense from start to finish, that the Stella Maris had never illegally fished with me as owner and that it was simply unfair to us.

“I had been one of the first to volunteer to have VMS before it was made compulsory. I believe in sustainable fishing stocks. Me and the skipper had greater experience of fishing in these waters than anyone in or working with IFCA. We had together been fishing for a combined period of 50 years. Neither of us had any fishing problems let alone fishing convictions before this started. They ignored all that and treated us like criminals before we had even had a chance to speak.

“They never once told us of any problems but let the VMS unit of our Stella Maris send them information for a whole four-months after they started the investigation. They carried on with the Magistrates trial even though they knew the skipper had a serious mental health problem and could not attend. They have blocked this case from proceeding for a year in the Magistrates claiming that they wanted to see what happened in the Gloucester Test case. They lost that on similar evidence to us and yet they ignored the result.

“They claimed in our case that they needed their own psychiatrist as they did not accept the word of the psychiatrist who saw the skipper, that he was too unfit to stand a trial, but they failed to obey a Crown Court order to get their report done and wasted another year in producing an inadequate report the judge threw out.

“This was botched from the outset and when they realised, they had done wrong they tried to stymie the Court from ever hearing the trial. They threw four new experts at the case which meant it would be a six-day trial hoping we would abandon our case due to lack of money but the judge saw through that as that meant we would never get a court date.

“This has been six-years of hell”.

Sarah Ready of NUTFA, who helped get a barrister to represent the pair in the Crown Court appeal said:

“Justice has at last been done.

“The prosecution would usually begin with an eyewitness to actual fishing in an MPA. They never had one here and knew it before interviewing the appellants. VMS might be used to support a vessel entering and remaining and leaving an MPS but it could never be evidence to stand alone or to be corroborated unless there was an eyewitness. There never was one in this case.

“The main MPA is within 1 kilometre of the Stoke Bay cliffs from where you can get a bird’s eye view. The D&S IFCA fast patrol vessels were logged for a whole month of alleged MPA fishing in the close vicinity but never went to see if there was any fishing going on.

“There were many hundreds of crabbing and lobster pots covering the sea bed of the MPA throughout the whole of the four-months of alleged fishing by demersal trawling of the MPA and yet none of those were lifted by the Stella Maris or complained about.

“It is the lack of any of this type of direct evidence of actually fishing in an MPA which speaks volumes about the incompetent handling of this prosecution by a rogue elephant of an IFCA.” 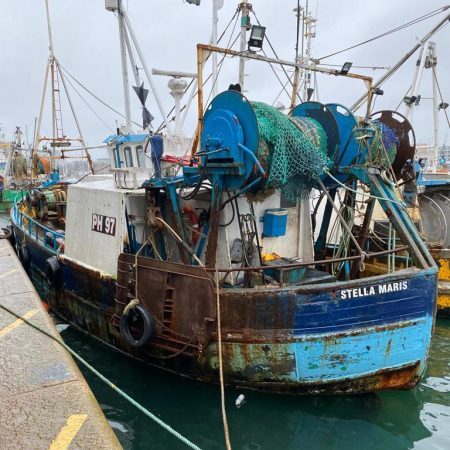 She continued, “It is perfectly clear from Defra and the MMO and all other IFCAs that VMS evidence which cannot show to a criminal standard a proposition such as “fishing in an MPA” will be adequate to found a prosecution and it should not be sufficient alone for a properly conducted investigation.

“There has to be some direct evidence of fishing in the MPA at the times alleged.

“The judge actually gave the D&S IFCA six compelling reasons why he stopped this case from proceeding and why he made a defendant’s costs order for both the Magistrates Court and the Crown Court for both appellants.

Responding to the Court case ruling, the Devon and South IFCA said:

As a regulatory authority D&S IFCA is committed to securing the economic welfare of our coastal community, while protecting our marine environment for the benefit of the public and future generations.

D&S IFCA accepts the Court’s decision to stay proceedings in this case. The reason for the stay of proceedings were that one of the defendants was too unwell to be tried, and further delay would have been unfair.

D&S IFCA hope that both defendants’ health improves now that proceedings in this case have been concluded and that they both continue fishing in the knowledge that this matter is behind them.

The Court reiterated that the primary cause of delay was the approach of the appellants and their previous legal teams in taking and abandoning issues, and in repeatedly being unready for trial. We recognise that those criticisms did not attach in any way to the defendant’s barrister Mr Telford, who conducted the closing stages of the appeal.

D&S IFCA is encouraged that the Court made clear that there could be no criticism of the D&S IFCA’s decision to investigate or prosecute the case, the judge stating:

“This judgement must not be seen as critical of the decision to investigate or to prosecute.  I am not critical of it – they have done what they think right”. The Court also recognised that “this case does not establish precedent; it is highly fact specific and exceptional”.

The defendants and the Court refer to a letter from the Defra Minister in 2019.  D&S IFCA’s approach to its investigations is entirely consistent with the views expressed by the MMO in the letter. Vessel Monitoring System data does only provide the vessel’s position, speed, and course at a moment in time.  As with most data, it requires analysis and corroborating evidence to determine its use and value.

D&S IFCA has never sought to prosecute on Vessel Monitoring System data alone, but always presents additional corroborative evidence, as indeed it did in this case.  Vessel Monitoring System data has to date formed a component of 48 investigations by D&S IFCA since 2014.  25 investigations were not taken further due to a lack of evidence. The remaining 23 met the evidential and public interest tests and resulted in either conviction or a Financial Administrative Penalty being accepted by the defendants in all but two cases.  Other IFCAs and the MMO have used Vessel Monitoring System data in a similar way to D&S IFCA, and this too has resulted in successful prosecutions or acceptance of Financial Administrative Penalties.

There has never been a successful application to halt a prosecution by D&S IFCA on the basis of inadequate evidence having been produced or to exclude Vessel Monitoring System evidence from a case brought by D&S IFCA. That is an endorsement of the D&S IFCA’s determination only to prosecute when there is adequate evidence to establish an answerable case.

D&S IFCA recognises that as a regulator of inshore fishing and conservation there will inevitably be tension from time to time with those subject to its regulation. D&S IFCA was reassured by comments in the most recent judgement rejecting entirely submissions to the Court suggesting that the D&S IFCA had not adequately dealt with questions of disclosure of evidence.  The integrity of the prosecution team was expressly recognised and accepted by the court.

D&S IFCA takes seriously its regulatory position. Effective monitoring and enforcement are necessary to prevent illegal trawling and scallop dredging and thereby protect fish stocks, prevent long lasting or irreversible damage to Marine Protected Areas and the livelihoods of the majority of law-abiding fishers.  This includes reducing the significant financial costs that some fishers suffer when pots and fixed nets are towed away by illegal fishing.

D&S IFCA will continue to use all available and admissible evidence, including Vessel Monitoring System data. to support its enforcement action.  D&S IFCA supports Marine Scotland’s introduction of Remote Electronic Monitoring of its scallop dredging fleet.  D&S IFCA will be reporting shortly the findings of its pilot project using similar on-board cameras and sensors to support the vessel positional data already available. This will enhance the D&SIFCA’s ability to remotely monitor fishing and protect the marine environment.

D&S IFCA takes seriously its responsibility to be fair but robust in its approach to enforcement in order to preserve inshore fishing resources into the future for the benefit of our coastal community and those working in the fishing industry.” 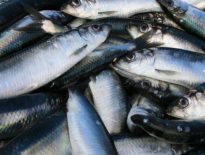 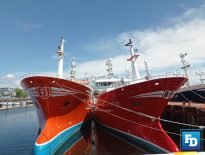