The Fishing Daily Podcast Series 2 Episode 14 – Sheila Keith from the Shetland Fishermen’s Association joins Oliver McBride to talk about the Shetland fishing industry and how they are working to build for the next generation.

Shetland Fishermen's Association - building for the next generation

Sheila Keith, Chief Executive of the Shetland Fishermen’s Association joins Oliver McBride to talk about the current situation with the fishing industry in the Shetland Islands.

Representing 115 fishing boats, the SFA’s membership reflects the vibrant and growing capacity that the Shtetland’s has developed over the years.

The fleet consists of eight pelagic vessels, 23 whitefish vessels with the remainder making up the inshore fleet catching shellfish and finfish.

Fishing has been an important part of life for centuries on the Islands and the current industry is based on family-owned businesses. The baton of being a fisherman is handed from generation-to-generation and every year young local crewmen and skippers step up to take their place onboard.

“There’s over 500 fishermen, and less than 4% of fishermen in Shetland are not resident in Shetland. They don’t live here, which is something bucking the trend of what’s seen elsewhere,” says Sheila.

And what is the secret to this? Sheila says it is mostly to do with geography, but it is also to do with each generation recognising the importance of the industry to the Islands themselves.

“I guess the secret to that is collaboration and cooperation amongst older fishermen bringing younger ones on, being philanthropic in doing that and the symbiotic relationship between whitefish, pelagic and the inshore fleet as well.

Sheila explains that bringing along the next generation into the industry is a joint effort across the Islands between the work that’s done through the Shetland Fishermen’s Trust and the local council in providing commercial finance to enable that to happen.

“It’s all very vital and also, it’s a successful industry. It’s not dying out here. If anything, it’s grown,” says Sheila.

So much so, that the Shetland Islands is bucking the trend with the average age of a fisherman across all sectors coming in at 38 years of age.

“Since last November we’ve had fourteen under 30-year-olds joined the fleet as shareholders. so that’s them investing their own money in becoming owners of the fishing vessels, which again we’re not seeing elsewhere,” says Sheila.

“That’s vital to see success for the future. Fishermen have worked in the waters around Shetland for generations. The custodians of the waters and of the stocks to fish sustainably for that next generation, and that that works really, really well and that aids the environmental aspects of the fishing fleet too, because they’re not just here for the here and now. They’re here for the future for this next generation coming on of people within their community.”

In this podcast, Sheila talks about the issue with environmental non-governmental organisations and their campaigns to push fishing out of the seas and how new ICES (International Council for the Exploration of the Seas) advice has somewhat contradicted previous advice that showed important stocks such as cod and haddock being on the decline. For example, ICES has increased the recommendation for catch limits on cod in the North Sea by 63% for 2023, compared to 2022 recommendations.

Fishermen in the Shetland’s have complained about the increase in the number of gill-netting and longlining vessels in the waters, encroaching on traditional trawling and seine-netting grounds, along with creating substantial marine litter. The SFA has written to the Scottish government on the issue and are awaiting word of a possible consultation.

Shetland fishermen are also facing the issue of spatial squeeze which could have dire effects for the future of the industry. Crown Estate Scotland has granted licensing to numerous offshore wind power developers but have not included the fishing industry on the decisions where the licences have been granted. Many of these places are important breeding and nurturing grounds for important fish stocks. Sheila says there need to be more consultation, research and cooperation as there was with oil and gas companies.

You can find out more by listening to the podcast. Enjoy! 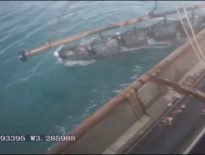 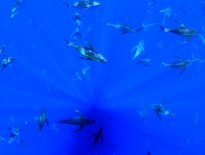