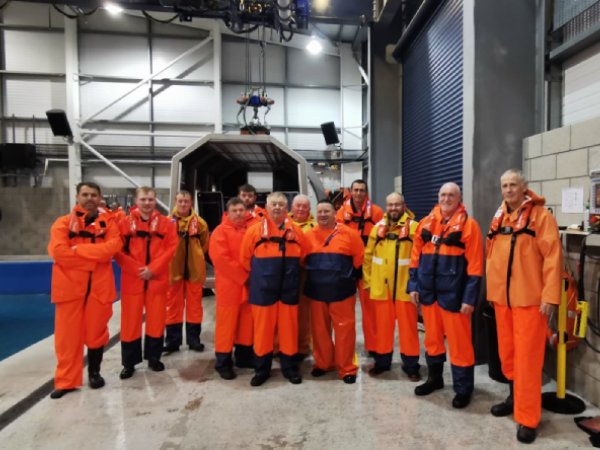 The free in-water courses – held at the Survivex facility in Aberdeen – demonstrate how to avoid overboard incidents, and what can be done to recover and improve the chances of survival. The environment pool training facility simulates some of the conditions experienced at sea, including heavy swells and rain.

The session was funded by the Fishing Industry Safety Group – a partnership between the Maritime and Coastguard Agency, RNLI, fishermen’s associations from across the UK and public body Seafish.

Sheila Keith, of the Shetland Fishermen’s Association, said she would encourage all fishermen to attend future sessions.

“Falling overboard is the biggest single cause of workplace fatalities in the fishing industry. Participants in this training get to experience realistic man overboard situations under controlled conditions. Fishermen tend to prioritise looking after the fish and shellfish that they land, and often spend less time looking after themselves.  Now is the time for skippers and crews to ensure they know what to do in the event of an incident. The training also stresses the importance of wearing a personal floatation device (PFD).”

Richard Gray, skipper of the shellfish vessel Halcyon LK467, said: “This is the best course I have ever attended; it was so realistic. It hit home that the wearing of a lifejacket is the difference between life and death. Any excuses not to wear your lifejacket become trivial when you’re in an overboard scenario.”

David Robertson, skipper of the whitefish trawler Mizpah LK173, said: “It was a very worthwhile course to go on, learning and seeing first-hand the reality of dangerous situations at sea and the implications when ending up in the water. The practical side of the course was eye opening, and hopefully more fishermen will do similar courses and learn more about the benefits of wearing lifejackets. The more PFDs worn, the more lives can be saved.”

More training sessions are being planned for the autumn, and any fishermen who is interested in participating should contact the SFA. 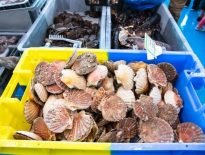 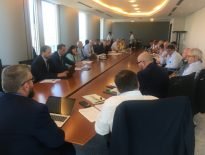