A toxicity warning issued by officals on 2 July remains in place along the southwest coast of Ireland as the public are warned against gathering or cooking shellfish.

The Sea-Fisheries Protection Authority (SFPA) and the Marine Institute are reminding the public to refrain from recreational gathering of shellfish in all bays and coastline in the Southwest region, particularly in the Castlemaine Harbour for the coming weeks due to the presence of toxins, which can cause illness when contaminated shellfish are consumed.

The presence of shellfish toxins are common in summer months and is due to certain microscopic phytoplankton species, upon which shellfish filter feed. The toxins detected at the present time are high levels of Diarrheic shellfish poisoning (DSP) which can result in a temporary gastroenteritis-like illness and a less common but more serious Paralytic Shellfish Poisoning (PSP). Neither toxin is removed by cooking, but they do eventually decrease to safe levels naturally in the live shellfish over time.

Dave Clarke, Manager of the Marine Institute’s Shellfish Safety programme said, ‘In the past week we have continued to detect DSP toxicity in shellfish along the Southwest coasts, most notably from Dunmanus Bay to Dingle Bay where the levels seen could cause illness if consumed. PSP has also increased in the Castlemaine/Cromane area of Dingle, with some indications that this may spread into adjacent areas. These affected areas are currently closed for commercial shellfish production and the public are strongly advised against gathering bivalve mollusc shellfish such as mussels, clams, cockles or oysters for their own consumption.”

The SFPA and the Marine Institute stress that this only applies to shellfish and all other fish are safe, as is swimming and other recreational activities. Dr Susan Steele, Chair of the SFPA, states: “The SFPA and the Marine Institute have strict monitoring and testing systems in place to ensure that consumers can enjoy Irish seafood safely. We encourage people to purchase seafood, whether for personal consumption or for sale, through reputable suppliers only. Food businesses, including restaurants and retail outlets, should always look for the oval approval number on orders which confirms the supplier is approved to sell live bivalve molluscs.”

The Marine Institute jointly manages the shellfish toxin and phytoplankton monitoring programmes with the Food Safety Authority of Ireland and the Sea Fisheries Protection Authority, where all the results are publicly available on the Marine Institute’s Harmful Algal Blooms (HABs) website https://webapps.marine.ie/habs 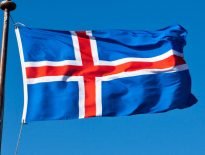 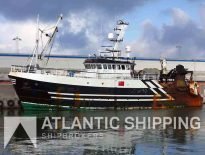