It is understood that the search for a missing fisherman off the south-east coast of Ireland has been stood down for the night.

A coordinated search had been ongoing from the early hours of Sunday morning in an attempt to locate and recover the body of a missing fisherman whose boat sank at around 10.30pm on Saturday night.

The emergency was raised last night when Coast Guard helicopter Rescue 117 was alerted by MRCC Dublin for an Emergency Position-Indicating Radio Beacon (EPIRB) activated in the vicinity of Hook Head, Co Wexford.

On arrival, the helicopter crew identified two small lights in the water. The first light was the EPIRB and the second was identified as a casualty. The crew commenced winching a person from the water. The casualty was then recovered to awaiting ambulances at Waterford airport where he was rushed to University Hospital Waterford. R117 returned immediately to search for a second casualty.

Unfortunately, in the early hours of Sunday morning the recovered casualty passed away at University Hospital Waterford.

It has since been reported by the Irish Independent that the deceased has been named locally as Mr Joe Synott from Kilmore Quay; a married father-of-four in his mid-60’s. Mr Synott was accompanied on-board the scallop dredger, MFV Alize, by another man who remains lost at sea.

Weather in the area is due to deteriorate but many boats remain at sea searching. Met Éireann has issued a yellow weather warning for the area that will become effective at 3.00am on Monday morning and will last until 11.00am tomorrow.

Our thoughts and prayers are with all those involved in today’s tragic events. May they return home safely. 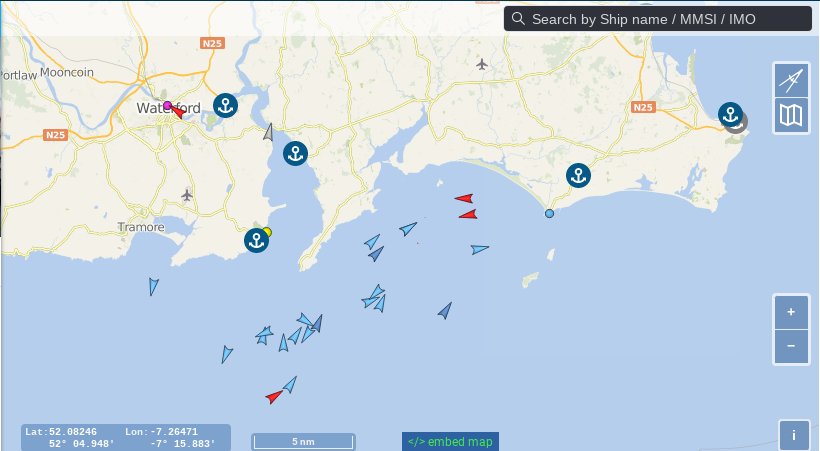