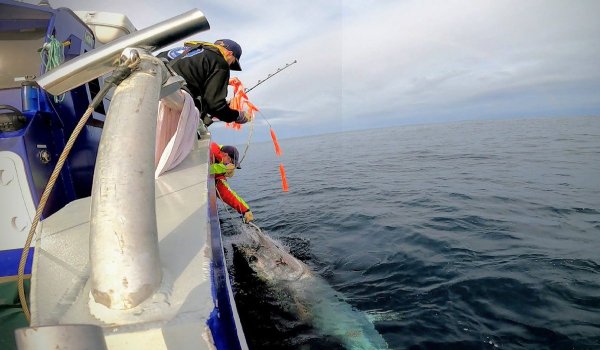 The Norwegian Institute of Marine Research discovered a satellite-tagged bluefin tuna swam 15,000 kilometres and ended up outside Florø – exactly the same place as the researchers marked it on the same date last year.

“It’s completely wild. We had never thought that the tag would be released only 15 kilometres from where we caught the fish a year ago,” says marine scientist Keno Ferter, who also managed to find the tag in the sea.

In September 2020, the researchers put a satellite mark on the back of a 250-kilo bluefin tuna outside Florø. This was one of the northernmost markings of the world’s largest tuna species.

Crossed the North Atlantic in one month

The satellite tag is programmed to collect data for exactly one year before it releases, floats to the surface and sends data home by email. Researchers would prefer to find the label itself as well, which contains even more data. Then they can learn as much as possible about the distribution and migration of giant fish.

“And what a hike this fish has had! An initial analysis indicates that it has swum over 15,000 kilometres measured in straight lines and made impressive dives to a depth of almost a thousand meters. It has been close to the surface daily,” says Ferter.

From Florø, the bluefin tuna went west past Shetland, almost to Canada, back east into the Mediterranean, north past Ireland and Shetland, up into the Norwegian Sea west of Brønnøysund, then south again to Florø.

Indicates a good sense of direction – and good food sense

The Northeast Atlantic Bluefin Tuna population is in recovery from a historic overfishing. Large shoals of giant fish swim again on annual summer pasture along the Norwegian coast. It was therefore not unlikely that the mark would appear in Norwegian waters.

“We might have expected a place along the Norwegian coast, but not exactly the same place,” says Keno Ferter, who leads the brand project.

Colleague Leif Nøttestad is stock manager for bluefin tuna – and is very pleased with the new data.

“This indicates an enormous homing  – i.e. the ability of bluefin tuna to find its way back to good grazing areas that it can repeat year after year,” he says.

“Also, in the 50s and 60s, it was seen that the bluefin tuna that came to Norway increased in weight by a few tens of kilos from year to year. It was also a sign that the same fish came again and again to graze in our rich sea areas,” says Nøttestad.

He says that the brand data is of great value for research on the species. They can show us unknown spawning areas, grazing areas and how long the sturgeon stays in which waters.

“How often the fish are on the surface versus at the depth is relevant when we estimate how much bluefin tuna we have in Norwegian waters – then we base ourselves on observations in the surface and on sonar,” Leif Nøttestad explains.

“The technology has enormous potential. When we get such good data from one fish in Norwegian waters, think about what we can learn from several individuals over a number of years,” says Nøttestad.

Expect more data on sturgeon’s secrets in the future

Norwegian researchers marked five tuna last year and are currently marking this year. They have found an effective and gentle labelling procedure.

“We have found three of last year’s brands again. Each of these contains a whole year of data, over six million data points, which we will now analyse and publish scientifically as soon as possible,” Ferter explains.

“This year’s season has also been successful and we look forward to more exciting migration routes in the years to come,” says Ferter.

The satellite marks are part of a large international marking project (ICCAT-GBYP), which is funded by the EU, the Atlantic Tuna Commission ICCAT and other institutions, such as the Institute of Marine Research. ICCAT uses the research to ensure sustainable management of the previously endangered species. 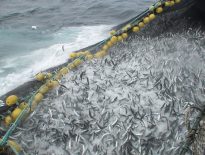 Featured News Let’s leave the battlefield and ensure a healthy… 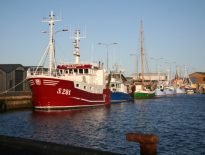