The Minister for the Environment, Climate and Communications Eamon Ryan TD, has issued Maritime Area Consents (MACs) to the first phase of seven offshore renewable energy projects, in what represents a significant milestone in the delivery of offshore wind in Ireland.

Coming on the back of the publication of the Climate Action Plan 2023, this confirms the Government’s commitment to delivering on our climate ambitions and enhancing the State’s energy security.

The award of MACs ensures that only projects with the greatest viability to deliver Ireland’s ambitious energy targets can progress into the planning system. The award of a MAC follows a comprehensive assessment, by the Department of the Environment, Climate and Communications, into each project’s financial and technical competency. This approach enables all Phase One projects to begin their pre-planning application engagement with An Bord Pleanála.

The award of a MAC also enables Phase One projects to participate in the ORESS 1, the first auction for offshore wind under the Renewable Electricity Support Scheme (RESS). ORESS 1 is expected to procure approximately 2.5GW of electricity generating capacity. 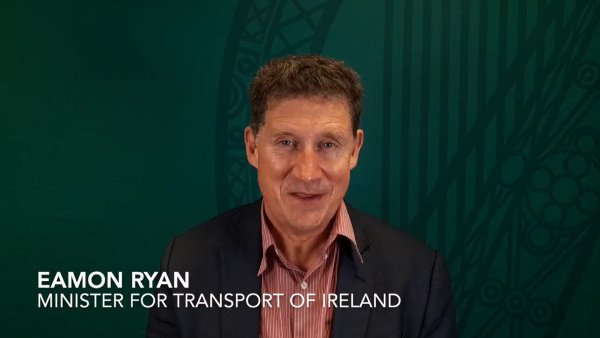 Minister for the Environment, Climate and Communications Eamon Ryan TD

“With the award of Maritime Area Consents [MACs] to seven Phase One projects today, we have given Ireland’s most viable and well-advanced offshore energy projects the opportunity to progress through the planning system and reach development. This is a significant milestone on the pathway to decarbonising our energy supply and securing energy independence.

“These first Maritime Area Consents [MACs] have been carefully drafted to promote the speedy and efficient deployment of offshore renewable energy, while ultimately protecting the State’s rich and unique maritime resource, in line with the principles of the National Marine Planning Framework.”

Projects which have been granted a MAC will be required to apply for development permission and secure a route to market within set timeframes, ensuring project progression and maximising benefits to the State. Phase One projects are also required to pay an annual levy to the State – under the terms of their MACs.

The grant of Phase One MACs follows the opening of the MAC assessment window in April, and the publication of the ORESS Terms and Conditions in early November. It was enabled by the enactment of the Maritime Area Planning Act last year, and indicates the strong commitment across Government to deliver a secure pipeline of offshore renewable energy projects in the State, which can meet our Climate Action Plan targets.

Ireland’s maritime area is seven times the size of its landmass. That, along with our ideal wind conditions, and our location at the edge of the Atlantic Ocean, makes the potential for offshore wind energy enormous. Ireland can become one of the leading producers of wind energy in Europe.

The Maritime Area Consent (MAC) regime is provided for under the Maritime Area Planning (MAP) Act 2021. The legislation provides for the establishment of the Maritime Area Regulatory Authority (MARA) – a dedicated maritime area agency which is a priority for the Government. Work on the establishment of MARA is being led by the Department of Housing, Local Government and Heritage and will be in place in early 2023, as set out in the Climate Action Plan. In the interim, the legislation provides the Minister for the Environment, Climate and Communications with the powers to assess the first batch of MAC applications from a set of seven qualified Offshore Renewable Energy (ORE) projects, known as the Phase One projects:

The provision in the legislation to allow the Minister to assess applications for a MAC ensures immediate progress can be made to harness the vast resources we have, while MARA is being established. Following the initial batch of MACs, responsibility will be handed over to MARA in 2023. MARA will assume responsibility for any MACs granted by the Minister for the Environment, Climate and Communications and the journey of those projects through the consenting and planning process will not be affected.

The MAC is a first step in a new and streamlined planning process set out under the Maritime Area Planning Act (2021).

Developers who have been assessed for, and are subsequently awarded, a MAC can then proceed to apply for development permission (planning permission) from An Bord Pleanála, where the project proposals will undergo environmental assessment. The grant of MACs to Phase One projects is a significant milestone and follows the opening of an application window on 25 April for an eight-week period. Upon receipt of MAC applications, all Phase One projects were assessed in key areas, including financial and technical competency, in order to ensure that only the most viable offshore projects can apply for development permission from An Bord Pleanála.

Any project that has been awarded a MAC is eligible to partake in the ORESS 1, the first auction for offshore wind under the Renewable Electricity Support Scheme. The Government approved the Terms and Conditions of ORESS 1 on 9 November 2022.

Phase One MACs have been carefully drafted to ensure the speedy progression of only the most viable offshore wind energy projects to meet Ireland’s energy targets, while protecting the State’s interest in its valuable maritime resource.

Note – Only one small offshore windfarm – a 25MW (megawatt) offshore wind farm generating electrical power in the Wicklow region – has been constructed under the old foreshore regime prior to the enactment of the MAP Act. 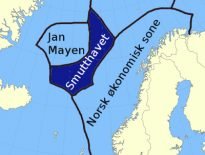 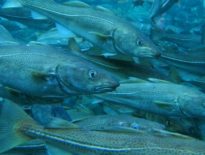