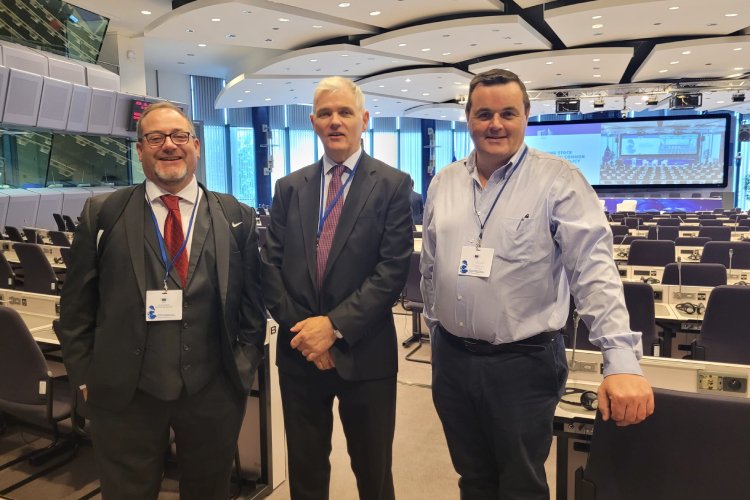 (L to R) Patrick Murphy (ISWFPO), Aodh O’Donnell (IFPO), and Brendan Byrne (IFPEA) at the live event in Brussels where they heard any review of the CFP is not being considered

Irish fishing representatives are attending today’s European Union event in Brussels again heard that there will be no consideration of a reform of the Common Fisheries Policy.

The message from both the Commissioner and the Director General of DG-MARE was clear, ‘we are listening to the stakeholders, but we will not be reforming the CFP’.

This message was from the Director-General of DG MARE, Charline Vitcheva who again was adamant that any review or reform was off the table.

Speaking at today’s the Director General said that DG MARE will be contributing to the report and will be taking onboard the views of the surveys from stakeholders as they are an important part of the CFP report at the end of 2022.

In her statement, the Director General laid out that there would be no reform of the CFP as she believed that the current CFP regulations need to be fully implemented.

She said, “Commissioner Sinkevicius mentioned that the upcoming Commission’s report on the functioning of the CFP and CMO, in which we will analyse the implementation of the main provisions of the regulations, and in which we would like to honestly highlight, what works and what doesn’t work. And this will be one of the main questions of today; What works and what doesn’t work?

“However, it is too early to prepare a full evaluation and we’ve been repeating that a number of times, but we are not prejudging the outcome, of course.

“Why we consider that it’s a bit too early for full evaluation?

“Because the MSY entered into full force only in 2020. The technical measures framework is a recent one. The landing obligation entered into force in 2019. So, you see there are very many key parameters that were mentioned that came into force or a fully implemented just recently,

“While we already see positive results, we also see differences in the level of implementation, and we need some stocktaking in the next years before we make a final conclusion on this.”

Speaking from the conference in Brussels, the Irish representatives kindly took time from their schedule to speak to The Fishing Daily.

On the presentations so far Aodh O’Donnell (IFPO) said:

“The takeaway from the process so far Oliver is that in terms of the CFP report, it’s very much kind of a tweaking of the existing CFP and the the emphasis or the message coming out loud and clear, is priority number one is sustainability, and adapting to things like climate change and the green agenda.

“These are key considerations, along with using the existing toolkit of the CFP going forward.

Asked if he felt there were any of the points put forward relevant to the Irish fishing industry, Aodh said:

“While we are still going through the CFP review/report process, and we have to be fairly realistic that it is very hard to see any major deliverables out of this at this point in time.

“There’s a lot of talk of looking at the socio-economic policy but a lot of that seems to be aspirational.

“There’s a big emphasis on things like the green transition, the climate change agenda and a big, big focus on maintaining sustainability of all key stocks.

“Obviously our own eternal process is still underway, and we still have to try and see if there’s any way that we can make a case for some form of levelling-up particularly to do with the disproportionate transfer under the TCA.”

“It that’s clear as well is that when it comes to our marine resource in terms of the seabed, there’s a massive and ongoing demand for spatial property for offshore renewable energy and then the combined with MPAs, that’ll will lead to serious pressure for the fleet.

“Everybody going after that particular space, and from a personal perspective, there’s not enough consideration taken on the people who have pre-established rights to the fishing grounds.

“I think this is an area where the producer organisations have to get together and hammered-out a cohesive coherent policy on the issue, so we are we going to come off the one hymn sheet.”

“The meeting has brought together the fishing industry from right across Europe, and the early indications are the EU Commission are adamant they are conductiong a report into the functioning of the CFP.

“The opportunity of a review or reform of the CFP may not arise until after 2025, and during the term of the next Commission.”

“The Commission were very clear when they thanked us for raising our concerns of how the loss of 15/20 percent of our fishing quota is leading to a decline in family run and operated fishing businesses in Ireland’s coastal communities dependent on our natural resource.

“But said it was the Member State, Ireland who was given the largest portion of the BAR fund over 20% decision to decimssion its fishing fleet by a third.

“They said it was voluntary but I intervended pointing out the fish we had taken from us was evaluated by STECF to be 40% of the gain by the UK.

“This showed we were the country that lost the most of fish we needed to retain a balance between the capacity of our fleet and the opportunities available to us so in simple terms, we have no choice if we do not get more fish, we have to reduce our fishing capacity.

“This is clearly not voluntary decommissioning, but the only option currently on the table.

“This is why we ask the Commission for a review of the CFP, to see if quota not caught by our fellow member of Europe be made available to countries whose situation mirrors ours.

“In short, a level playing pitch for our coastal communities, the same as those on mainland Europe.” 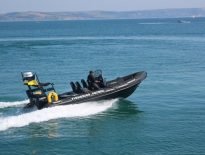 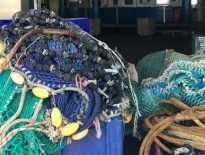