A new report suggests that Atlantic Bluefin Tuna and Anchovies could replace Mackerel and other traditional fish in the North Sea by 2050.

This is the conclusion of a report released last week by the Marine Climate Change Impact Partnership (MCCIP).

The Report Card 2020 summarises the latest evidence from 26 topics regarding the physical, ecological, and social and economic impacts of climate change on UK coasts and seas. More than 150 scientists from over 50 leading research organisations have contributed to this year’s Report Card, producing 26 peer-reviewed scientific reports which give detailed information regarding the evidence bases on UK marine climate change impacts.

The report shows that the effects of global warming will cause massive changes in fish species in waters around Ireland and the United Kingdom. As warmer waters move northwards, cold water species are migrating to the colder water closer to the Arctic. As these species move north, they are being replaced by their warm water cousins moving in from the south.

One of these species that has seen an increase in activity is Atlantic Bluefin Tuna.

In recent years, both commercial and recreational fishers have reported seeing large numbers of Atlantic Bluefin Tuna, especially off Devon and Cornwall, but also in the North Sea. Shoals of Atlantic Bluefin Tuna have been spotted for the past two decades off the west coast of Ireland, and last year large shoals of Bluefin Tuna were spotted east of the Fair Isle with two incidents of individual fish being washed in Orkney north of Peterhead.

Historically this species had been present throughout much of the North-East Atlantic, including around the British Isles where it had previously been a target of commercial fisheries from Norway and France and a UK sport fishery based in Yorkshire.

Bluefin Tuna largely disappeared from UK waters in the 1970s when the yearly migration of large individuals to northern waters seemed to have ceased. However, tuna have now been reported as far north as Iceland and Greenland, possibly shifting their distribution in response to warming waters.

Some of the other big movers include Hake and Mackerel, which have revealed the greatest shifts.

A particular focus in recent years has been the apparent westward and north-westward spread of Atlantic Mackerel into Icelandic and Faroese waters, with consequences for fisheries quota allocation and governance. North Sea Mackerel have also appeared to have moved away from the Norwegian Sector.

One of the fish in the North Sea and off the west coast of Scotland to be greatly affected by global warming is Cod stocks.

According to the most-recent stock assessment reports for Cod, populations around the UK were heavily overfished in the early-mid part of the first decade of the 21st century, when they were at their lowest ever recorded value. However, since this period, fishing mortality has been significantly reduced through vessel-decommissioning schemes and statutory effort controls. Spawning stock biomass in the North Sea has recovered to a level (118,387 tonnes in 2018) above its precautionary reference limit, but this recovery has been much slower than originally anticipated and there has been little recovery elsewhere. In the Irish and Celtic Seas, as well as the west of Scotland, Cod stocks are still at low levels, despite the very dramatic and deliberate reduction in fishing mortality.

It has been stated that this is largely a reflection of continued poor recruitment in all UK Cod stocks, at least partially related to prevailing climatic conditions since the mid-1990s. Winter et al. provided a mechanism for this (a potential ‘Allee effect’) and suggested that a fishing moratorium is only sufficient for recovery when SST rise remains within 2°C and fishing is restricted over 15 years. If SST rises beyond 2°C, even immediate banning of fishing is not sufficient anymore to guarantee recovery. On the other hand, Brander (2018) warned against overemphasising the role of climate. He noted that the average SST for the North Sea over the period 2000–2015 increased by >1°C relative to the 1961–1990 baseline and, contrary to the earlier projection of Drinkwater (2005), the cod stock doubled in biomass rather than declining.

Another common theme that has been covered repeatedly in MCCIP fisheries’ reports over the past 10 years has been ‘phenology’, ie. changes in the timing of natural events such as fish spawning date, migration patterns, hatching of larvae, etc. Fincham et al. (2013) examined the date of peak spawning for seven sole stocks based on market sampling data in England and the Netherlands.

Four of seven stocks were shown to have exhibited a significant long-term trend towards earlier spawning including the eastern-central North Sea, southern North Sea and Eastern English Channel at a rate of 1.5 weeks per decade since 1970.

A clear seasonal shift to earlier appearance of fish larvae has been described for southern North Sea Cod and many other species. In the English Channel, earlier spawning following warmer temperatures has been observed in summer spawning species, for example Mackerel and Horse Mackerel.

One of the issues related to global warming and ocean changes around the UK would be losses in revenue. Overall, the Report estimated losses between 1–21% in the short term (2020–2050), with England and Scotland being the most negatively impacted region in absolute terms and Wales and North Ireland in relative terms.

Losses in total employment (fisheries and associated industries) may reach approximately 3–20% during 2020–2050, with the >10 m fleet and associated industries bearing the majority of the losses. Only the >10 m fishing fleet in Scotland showed average positive impacts, but those too were lost after 2050. The main driver of the projected decreases was suggested to be increases in temperature (+0.5–3.3°C), which exacerbate the impact of decreases in primary production (10–30%) in UK fishing waters.

The inclusion of an effect of OA on the carbon uptake of primary producers (phytoplankton) had very little impact on the projections of potential fish and shellfish catches (<1%).

A major uncertainty with regard to future projections for UK fisheries is the lack of clear consensus as to whether primary production (phytoplankton) will increase or decrease in the waters around the British Isles.

The report closes by saying “Climate change is affecting marine and coastal ecosystems throughout the North Atlantic, including commercial, recreational and subsistence fisheries. Climate adaptation actions are taken to either avoid (or minimise) or take advantage of climate change impacts, either by decreasing vulnerability or increasing resilience. Devising appropriate adaptation actions for this sector has proven challenging, given that there may be barriers to successful adaptation, including market failures, information barriers, and policy barriers whereby quota restrictions or international jurisdictions limit the adaptability of fishing fleets. Traditional fisheries management tools, such as restrictions on allowable catch, landing size, seasonal closures, gear restrictions, marine protected areas, essential fish habitat protection, and protection of spawning aggregations, are and will remain necessary (see Grafton, 2010) but may not be sufficient on their own to sustain fisheries in the face of the combined onslaught of climatic and non-climatic stressors in the future.”

The full report can be read at http://www.mccip.org.uk/impacts-report-cards/full-report-cards/2020/ under Fisheries. 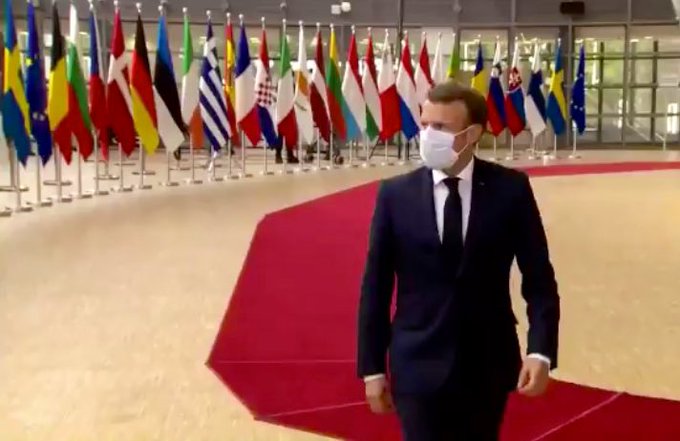 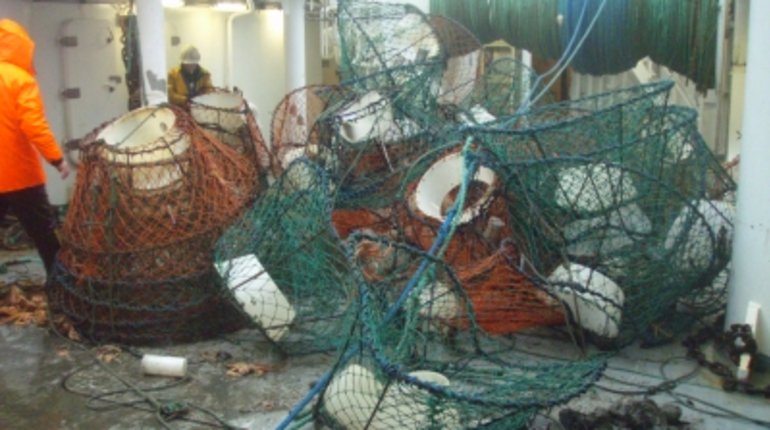 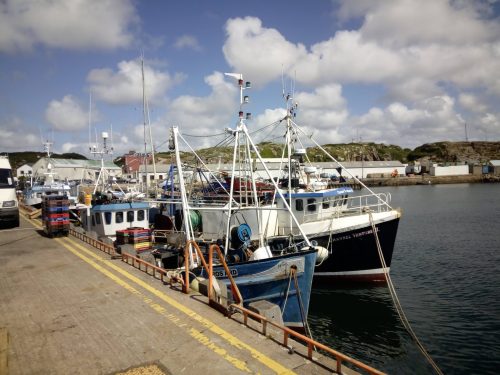