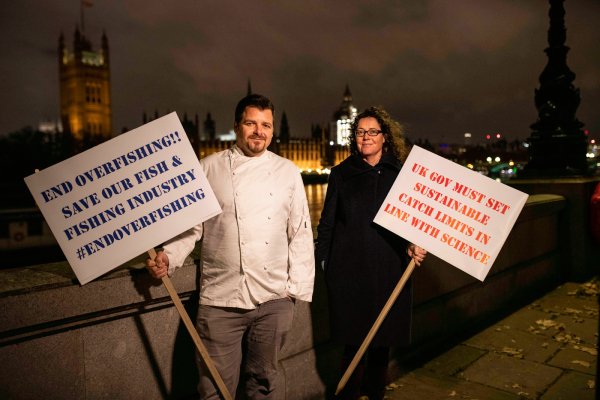 Ahead of World Fisheries Day on Sunday, conservation charity Oceana issued a stark message to the UK Government: End overfishing in UK waters, or fish populations will collapse and our marine ecosystems will become increasingly vulnerable to the ravages of climate change.

Oceana’s campaigners were joined by award-winning chef and climate change activist, Tom Hunt, outside Parliament to demand that the Government set sustainable fishing limits in line with science and end the depletion of UK fish stocks. The action showed an animation projected on the Houses of Parliament of cod, mackerel and other sea life being scooped by a fishing boat.

Melissa Moore, Head of UK Policy at Oceana in Europe, said: “While claiming to be committed to sustainable principles, the Government’s actions are failing to match up to its rhetoric. We simply cannot allow the continuation of overfishing in British waters, which favours the short-term interests of a few and puts the future of the entire UK fishing industry at risk. We are facing an ecological and climate emergency. Overfishing is destructive to the marine environment and weakens the ocean’s resilience to climate change. Ministers have a moral and legal obligation to set catch limits in line with scientific advice and end overfishing.”

Vera Coelho, Oceana’s Senior Director for Advocacy in Europe, said: “The long-term sustainability of the fishing sector on both sides of the Channel is contingent on cooperation between the UK and the EU, which share more than 100 fish populations. Instead of fighting over who has the right to catch some very depleted fish populations, we urge the UK and the EU to approach negotiations in the spirit of cooperation and set catch limits for 2022 that follow the best available scientific advice and restore stocks to abundance.”

Tom Hunt, award-winning chef, food writer, and climate change activist said: “If we keep taking fish out of the ocean at the current unsustainable rate, very soon there won’t be enough to meet demand and sustain our fishing industry. It’s as simple as that. The UK government must do the right thing and set sustainable catch limits for shared fish stocks that follow the scientific advice. After hosting COP26 and all the talk of leadership on climate change, it’s outrageous to think our leaders would do otherwise. We need every tool to support the regeneration of our planet and looking after our ocean is key if we are to avoid a catastrophic climate collapse.”

The timely protest comes as UK negotiations with the EU and other third parties are currently in session, with 2022 catch limits for each shared fish stock due to be decided by December, in time for the new year. The health or otherwise of UK fish stocks largely depends on the outcome of these negotiations.

With the creation of the Fisheries Act 2020, the UK enshrined an objective into law to restore and maintain populations of fish species above levels capable of producing Maximum Sustainable Yield (MSY), a scientifically determined number for the maximum catch that will allow fish populations to recover and reproduce.

However, despite commitments to sustainability post-Brexit, UK and devolved Ministers have continued to ignore the scientific advice and many fish stocks, like West of Scotland herring, Irish Sea whiting or North Sea cod, remain below safe biological limits. This backdrop has been reported in Oceana’s UK Fisheries Audit which also highlighted that only 38% of the more than 100 audited stocks were sustainably exploited by the time the UK left the EU. 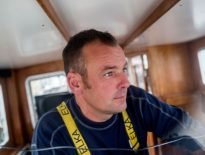 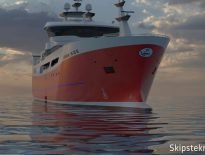 Features Norwegian Loran first in the world with sea-going …
0