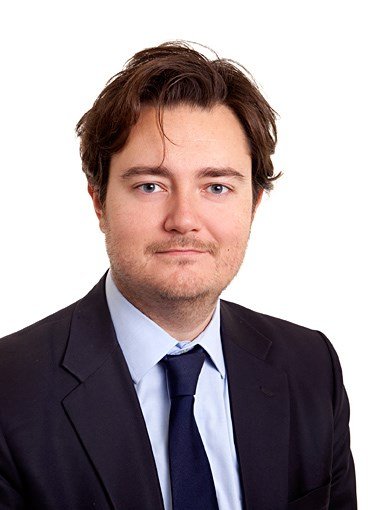 Jens Frølich Holte, from the Norwegian Ministry of Foreign Affairs issues a rebutal of the EU, ENAFA and lawyer Torben Foss position on Svalbard

“Lawyer Torben Foss criticises Norway’s determination of cod quotas for EU vessels in the Fisheries Protection Zone on 5 October. The criticism is not surprising, all the time Foss is engaged by fisheries players in the EU on the occasion of the case,” writes Jens Frølich Holte, State Secretary for the Ministry of Foreign Affairs in Norway.

In an article attacking the EU, the ENAFA and Norwegian lawyer Torben Foss, the State Secretary lays out Norway’s position on the EU unilaterally setting their own quota for the Svalbard Protection Zone which is under Norwegian control. Holte was replying to a number of claims made by Foss in an article published by Fiskeribladet on 29 September this year.. He says:

“But the post contains a number of claims that are not correct.

“Foss is right on one point: The new law of the sea that gave coastal states the right to create 200-mile coastal state zones with preferential rights for their own fishermen was bad news for the Spanish Atlantic fleet and others built up to conduct remote fishing.”

“The Law of the Sea gives Norway the right to establish a full economic zone around Svalbard. Instead, we chose to create a fisheries protection zone for the time being. There, Norway, without compensation, has assigned a so-called third country quota to states that fished in the area before the zone was established. Now this benevolence is criticised, because it is not big enough.”

What Norway has reacted to

Explaining what Norway has reacted to in regards to the situation with the EU fishing in the Svalbard Zone, Holte says, “Foss gives the impression that Norway and the EU separately set a quota for EU vessels in the fisheries protection zone, that the EU’s and Norway’s quota determination is equal and “coincidentally” coincides. This is wrong.

“Only Norway can set quotas in Norwegian waters. The EU may distribute the quota allocated by Norway between countries and vessels. They cannot take a larger quota than Norway have allocated to the EU. This is what the EU has done for 2021, and which Norway have reacted to.

“Since the mid-1980s, the Norway has followed the same practice for calculating the third country’s quota. Slightly simplified: One looked at how much of the total catch each country accounted for in the area for a ten-year period before the fisheries protection zone was established.

“Since then, we have used the same percentage to calculate the third country quota in the protected zone, so that this fishing could be continued. For the EU, historic fishing has been merged for all member states and given one collective quota for EU vessels. Then the European Commission has distributed the quota among its member states.”

“When the UK left the EU, exactly the same thing happened, but with the opposite sign: the UK’s historical fishing during the reference period was deducted in the calculation basis for the EU quota. Because the UK’s share accounted for about 46% of EU fishing, the quota was considerably smaller.”

“But there is no logic that historic British fishing should continue to form the basis of the EU quota after Brexit. Our method of calculating the EU’s third country quota is the same as before. The fact that Brexit has taken place can Norway take responsibility for that.”

The EU has claimed that the Norwegians reduced the Svalbard quota without warning. They were expecting to be granted a quota of over 30,000 tonnes for 2021 but instead received a dramatic cut.

Hotle says, “Foss argues that Norway has reduced the EU quota “without warning.” The truth is that Norway made a number of attempts to notify the EU of the setting of quotas for 2021. The EU did not want to talk to Norway until the withdrawal agreement with the UK was ready, which first happened on 24.12.2020.

“Nevertheless, Norway informed the EU of the quota determination for the fisheries protection zone before the regulations were adopted in December 2020. Immediately after the decision, the EU was notified by note in the usual way.

“On request, Foss was informed of this prior contact with the EU by email from the Foreign Ministry on 11 May this year. There is an important factor in the case, which should certainly be mentioned.

“In short, Norway’s actions in this matter have not been unreasonable or surprising. We have followed a predictable policy and that Brexit has consequences all parties have been aware of.” 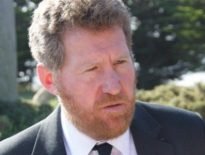 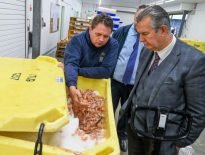