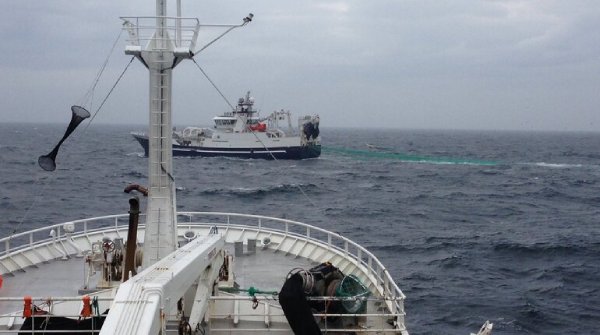 Great week on the herring in the north, and mackerel from the foreigners, writes Norges Sildesalgslag’s Sales Manager, Kenneth Garvik.

NVG herring – Kenneth reports:
It was a very good herring week in the north with a total of 40,100 tonnes in the record, where the best registration day was Friday with 8,200 tonnes.

Of the week’s quantity, purse seines contributed a full 24,500 tonnes, from the coast 15,600 tonnes. Of the coastal fleet’s quantity, only 500 tonnes which are fished by the smallest boats, which need a guide boat.

No one from the trawl group has reported a catch, but “Vikingbank” hunted for the big herring out in the Norwegian Sea this weekend. They report modest registrations where the herring are spread out.

Fishing in the north has taken place both in Reisafjorden and Kvænangen. In addition, some larger boats have been fishing for herring west of Sørøya. The fishermen report periodically good catches of herring in several areas and several good casts have been taken.

As in autumn, it is mainly herring from the 2016-year class that is fished for. The average weight in the fjords is in the range of 260-300 grams. Further out, the sizes have varied more from cast to cast, and the average weight has been as low as 231 g. The average for the entire weekly quantity is 281 grams.

From the buyers who produce the herring now in the New Year, they report good quality, with a relatively high fat percentage and low roe maturation. This is positive in terms of covering the best fillet markets, as well as having a good dividend.

There is always a bit of excitement when the herring move out of Kvænangen and further south on their spawning migration. Last year we had the last catch in the fjord on 26 January. So, we can hope for 10 days of fishing this year as well.

Mackerel – Kenneth reports:
The foreign boats are well underway with their mackerel fishing and last week we registered 14,300 tonnes of mackerel from 11 different boats. The catch sizes vary from 450 tonnes as the lowest to as much as 2,000 tonnes as the largest catch.

At the start of the season, the fishing took place west of Shetland. Later the fleet moved north on the north-west side of the archipelago. At the weekend, the boats have moved much further to the south-west and the fleet is now fishing for mackerel around 50 nautical miles west of the Orkney Islands.

The size of the mackerel is in the range of 365-400 grams on average. All catches are taken with a trawl and the buyers report consistently good quality of the fish.

North Sea herring – Kenneth reports:
A couple of the big boats have been in the North Sea this week to hunt herring there. There has been little to see, and we only have a catch of 80 tonnes. In addition, a catch has been taken in the Skagerak/Oslofjorden.

Last year there was good herring fishing on the new moon in January, so it is possible that some boats will take a round next week.

Horse mackerel – Kenneth reports:
Winter is the best time to catch horse mackerel in the fjords of Vestland and Rogaland. Last week, 6 boats caught 100 tonnes. The horse mackerel is large with sizes from 470 – 510 grams.

Sprat – Kenneth reports:
From the outer Oslofjord in the municipalities of Horten and Hvaler, well over 100 tonnes of coastal sprat have been caught. This is a large sprinkling with from 40 to 60 pieces/kg.

The fishermen from here report usable sprat, and of the quota of 250 tonnes that has been set aside, there are now only 20 tonnes left. 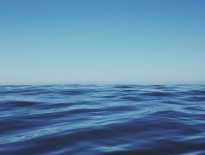 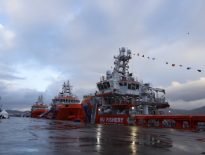