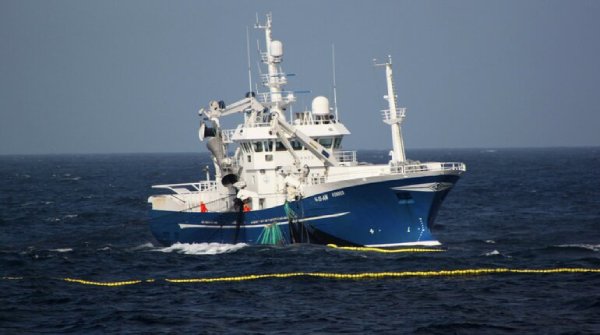 After a slower than expected start to the 2022 mackerel season for the Norwegian offshore pelagic fleet, things started to improve on Monday with the boats finding good numbers in the North Sea.

“It has been several years since the fishing in the North Sea has been this good,” according to Camilla Klævold, Communications Advisor with Norges Sildesalgslag.

The season got off to a slow start compared to the 2021 season. For the month of August the fleet had recorded 90,000 tonnes compared to 149,000 tonnes in August 2021. Even within the season itself, consistent fishing seemed to slide, but at the start of this week, week 37, Sildelaget is optimistic of a change.

“After a lot of searching in both the Norwegian Sea and the North Sea, the mackerel finally turned up a bit for the ocean-going fleet on Monday this week. In contrast to earlier in the season, where fishing has taken place with trawls at night, on Monday the mackerel was finally collected again and it became available to seine-nets,” says Camilla.

“If we look back at previous years, it has been several years since there was as good mackerel fishing in the North Sea as we have had this week,” says Norges Sildesalgslag sales consultant Sigurd Vedøy, “we have to go back to 2015-2016-2017 to find a similar quantity.”

Unfortunately, the weather changed again on Tuesday and the activity on the field therefore decreased a little. But today, Wednesday, the weather has been somewhat better, and the fleet is active again in the North Sea.

“We have fished half of the total quota now, so we hope that the fishery will continue and that we will meet the mackerel quota,” says Vedøy.

“The rest of the week, on the other hand, may be affected somewhat by the weather, as from Thursday a low pressure will enter the North Sea.

“We may get a small window again on Saturday before the autumn weather sets in again.

“For the smaller fleet, trawlers and seiners, the fishery is still good and it is pleasing that this group looks set to have a better mackerel season this year than last,” concludes Camilla. 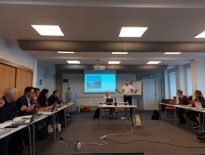 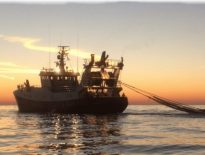