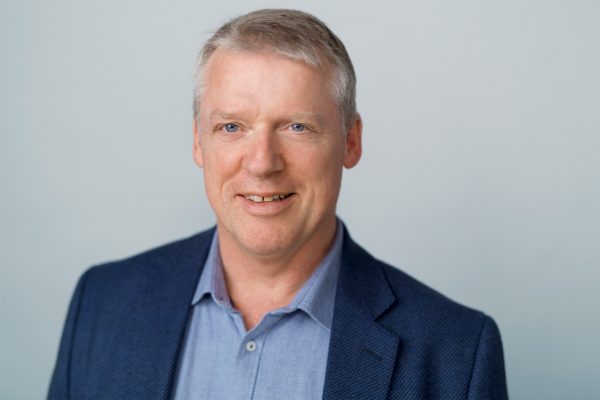 Audun Maråk, MD of Norwegian fishing association, Fiskebåt has accused Iceland and the Faroes of intentionally landing herring as mackerel

The Managing Director of Norwegian fishermen’s association, Fiskebåt has twice accused the Icelandic and Faroese fishing industry of intentionally landing herring as mackerel.

The purpose, he says, is to be able to provide more herring and justify a share in the mackerel fishing.

Audun Maråk, has made the accusations as the battle for the mackerel intensifies. Iceland and the Faroe Islands have chosen to deliver 24 and 37 percent of their herring catches so far for grinding at oil factories to try to meet the quotas. He believes that both countries are under pressure to reserve their herring quotas and are therefore registering the mackerel as herring.

On Wednesday 14 September, Maråk began to question the validity of the catch figures from Iceland when he said in a post on the Fiskebåt website that the Icelandic vessels’ mackerel fishing was taking place in unconventional areas compared to the time of year.

“There were reports that the Icelandic ships were catching mackerel on the line between international waters and Jan Mayen. This was checked by several Norwegian ships, which found little mackerel, however, there was a lot of herring in the area where the Icelanders had reported mackerel fishing. We noticed the same thing earlier this year when mackerel fishing was carried out by Icelandic and Faroese vessels far north in international waters, where there were also plenty of herring. This catch went into flour and oil,” said the manager.

Speaking to Fiskeribladet today, the MD said, “Lack of consumer quality and catches with combined mackerel and gerring. I not that Icelanders say they report the correct amount of herring and mackerel. From my information I believe a lot of herring are reported as mackerel since they operate a mackerel fishery. This way they save on herring quota and report more mackerel than they manage to catch.”

He also believes it is important for the Icelanders and the Faroes to catch all the mackerel they have permits for in order to justify their demands at the negotiating table for a share of the mackerel fishing.

The Icelanders have hit back with mbl.is claiming that the mackerel season has gone badly wrong. Gunnlaugur Snær Ólafsson writes:

“While the Icelandic ships caught mackerel closer and closer to Iceland and even in Icelandic jurisdiction, the Norwegian ships’ mackerel fishing had started slowly, and it has been rather difficult to find a high density of mackerel in the Norwegian Sea. However, the fishing has been good in the North Sea.

“The Icelandic ships’ fishing has been fluctuating and their captains have said that they have to look for the mackerel. Occasionally, however, it has been good and then a large and stable mackerel has been caught. at the beginning of September, for example, Beitir NK managed to catch 855 tons of mackerel in Icelandic jurisdiction, and captain Tómas Kárason described the fish as “big and good”, but it was around 560 to 580 grams.” 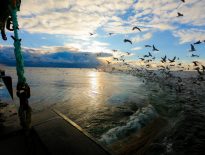 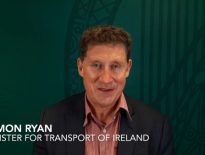