Norges Sildesalgslag has reported another good week for sandeel fishing with 18,100 tonnes registered for the Norwegian fleet.

This is from 21 catches with quantities from 480 tonnes at the lowest, to 1,900 tonnes as the largest catch.

Besides a catch, from a Swedish boat that has fished in the EU zone, the Norwegian boats this week also fished on the West Bank with 10,600 tonnes and Inner Shoal 7,000 tonnes.

At the start of the week, 04 May, there were few boats on the grounds with several having filled their quotas.

Based on advice from the Institute of Marine Research, the Director of Fisheries increased the provisional quota by 40,000 tonnes to 110,000 tonnes last Wednesday, 06 May.

“This was particularly good news to ensure continuity for both fishermen and buyers, and virtually all the boats were heading back to the fishing grounds,” says Norges Sildesalgslag

Fishing throughout the week has been variable with best catch rates early in the week.

By Monday, 11 May, 74,200 tonnes of the sandeel quota has now been fished. Based on average weekly rates of 23,000 tonnes in the last three weeks, and 26 boats in fishing, one will soon fill the total quota.

“We can only hope that the cold north wind does not hinder fishing too much. Sunshine and heat are positive for collecting the redfish so that the sebum collects,” Norges Sildesalgslag said.

It is expected and a final quota council will decide on the fixed quota for sandeel in 2020 by the end of next weekend. 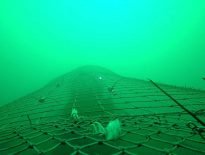 Latest News Research from Bangor University could light the wa… 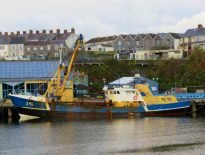