No more papering over the SFPA cracks claims IFSA Chairman 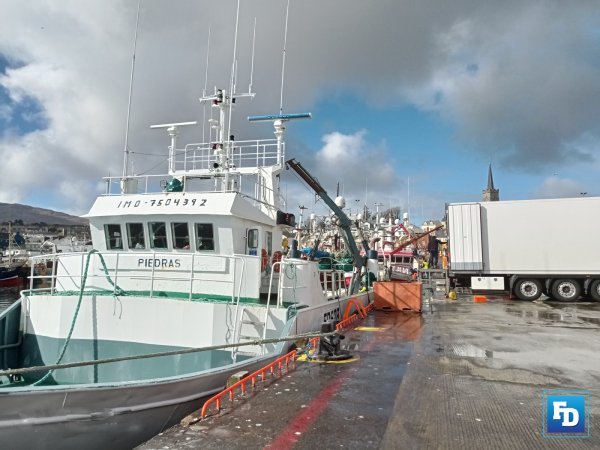 The times has come to stop papering over the cracks when it comes to SFPA claims IFSA Chair, Cormac Burke

Despite consistent attempts to portray itself to the EU Fisheries Commission, the Irish Government and the general public as a serious and professionally run organisation, the efforts of those trying ‘clean up’ the media image of the Sea Fisheries Protection Authority (SFPA) are succeeding in nothing more than papering over the cracks of what this industry, and several independent reports, recognises as a dysfunctional and often out-of-control body, writes Cormac Burke of the Irish Fishing and Seafood Alliance (IFSA).

In a scathing attack on the Irish Government, the Minister & Department of Agriculture, Food and the Marine, and the Sea-Fisheries Protection Authority, the IFSA Chairman claims that time is up and there can be no more excuses for the statutory authority that has been shown several times as incompetent and not fit for purpose.

Since its formation the SFPA has tried to present itself as a no-nonsense authority that goes about its business in an almost military fashion – but in fact have only earned themselves a reputation as a bungling and leaderless heavy-handed group with the single core aim of hampering and disrupting the operations of fishermen and processors at every given opportunity.

There have been countless numbers of cases in the past five years alone where trumped-up charges have been brought by the SFPA against people in the fishing industry which have achieved nothing aside from waste the Courts’ time and taxpayers’ money as well as heap stress, both financial and mental, upon the vessel / factory owner and his family – not to mention the farcical insistence for an unworkable all-encompassing ‘weighing-at-point-of landing’ regime.

And the most perplexing issue for those in the fishing industry is the manner in which (most but not all) SFPA officers go about their dealings with the industry – in a clearly unfriendly and uncooperative manner, and certainly with an air of ‘we’re going to get you on something, anything’.

Winding up with egg on its face on more than one occasion, the SFPA, with the backing of the Minister and senior civil servants in the Dept of Marine, seemed to muddle along despite its constant bad press from so many sectors.

Even when some major unrest from within its own camp resulted in Ireland’s monitoring authority coming under scrutiny by the EU Commission, the SFPA tried to brave it out as if nothing was wrong in this farcical organisation.

As with many underperforming bodies of its ilk, it’s CEO was promoted out of the authority shortly after the organisation was found to have lied to the Joint Oireachtas Fisheries Committee as the body failed to openly reveal what the input of their own staff had been into an EU audit report on fish monitoring in Ireland.

Often in such cases, the next attempt for the PR machine will probably be a change of name for the organisation – as if somehow this will hide the multitude of errors and poor management of the past – time will tell.

To attempt to bring some air of respectability to its shredded political, public and industry image, a NOAH scientist was then appointed to the SFPA’s three-man regulatory executive but, with respect to the gentleman in question, this appeared to be nothing other than an effort to deflect from the brewing storm over the EU audit report that the SFPA were (and still are) refusing to make public to the industry.

Throughout 2021 there were constant ‘leaks’ to the media that the crux of the EU audit report was that Ireland was guilty of massive over-fishing and unregulated landings and would face major EU fines – up to €40 million and possible quota deductions as punishment.

But considering that no one outside of the senior staff at the SFPA and the Department of Marine had eyes on this report, then where else could such leaks, albeit totally false, have emanated from?

The true facts in this case are that the conclusions of the EU’s audit report WERE NOT damning against the Irish fishing industry but were instead hugely critical of the SFPA’S own operating system, its management and highlighted this authority’s inefficiency – and this being the FOURTH report (including three independent reports by the Irish Government over the past two decades) which have all come to the same conclusion I.e. that this body is “not fit for purpose”.

Hence the effort by everyone at management level to ‘bury’ this report and never let it see the light of day and thereby be able to continue to operate a regime of ‘guilty until proven innocent’ towards Irish fishermen, but this time based on the contents of a report that no one is being allowed to see.

The first effort in this issue was for the Minister and his Dept of Marine civil servants to say that the EU Commission was blocking the open publication of the report as it was “not in the public’s interest” – until the Commissioner himself seemed to express surprise when asked about this issue during his visit to Ireland and indicated that such things were a matter for each individual member state whether it shares such information with its industry.

One can only wonder what would happen if Irish fishermen applied the same logic and decided not to ‘share’ the information in their logbooks every time they land ashore on the basis that it’s not in the public interest?

Alarmingly the situation at the moment is that this organisation will continue to act with impunity until there is proper oversight, governance and accountability – the SFPA currently have no independent board, leaving them able to just make up the rules as they go along, with no repercussions.

Papering over the cracks

As if trying to convince even itself of the great job it is doing, an SFPA announcement over the Christmas holidays heralded a “new 3-year strategy” to include “working as collaboratively as possible with key stakeholders”.

This would be funny if it wasn’t so tragic – not only has the SFPA never co-operated with the fishing industry at any level but they are, at this very moment in time, actively pursuing allegations (made by the SFPA themselves and not the EU Commission) but yet refusing to show any evidence to back up the said allegations.

So it would appear that “working collaboratively” with the industry translates into “we’re going to continue to be judge and jury to find a way to bring you down”.

This effort at ‘management’ of the industry is simply never going to be accepted. Even the Charter of Human Rights and the rights of individuals under the EU Treaties states that if you are being accused of something then you have the basic right to be provided with the evidence upon which such allegations are being made.

All of this makes a mockery of the SFPA’s recently announced new strategy in which Goal 1 is “To deliver a quality public service and regulate in a fair, objective and proportionate manner”.

Who is this statement written for? It’s certainly not for anyone in the fishing industry as the SFPA’s track record to date has been the exact opposite of this statement.

Perhaps I do the SFPA a disservice and that this ‘new’ attitude is indeed going to see a complete reversal of how they go about their business – but does anyone in the Irish fishing industry believe that for one minute?

Finally, our fisheries minister, in his consistent ‘run with the hare but chase with the hound’ strategy with regards to the SFPA has always seen him adopt the stance that when the SFPA are in the news for any positive action, such as arresting a foreign vessel illegally operating in Irish waters, then he is quick to heap praise upon them and their work – almost to the point of hinting that they are the police force of (his) fishing industry.

And yet, every time there has been a public ‘shit hitting the fan’ event for the SFPA, such as being caught withholding the facts from the Joint Oireachtas Fisheries Committee, attempting to enforce a ridiculous landing regulation, or the refusal to show the industry the EU audit report, this same minister jumps to distance himself from this organisation, stating that they are an entirely independent body and have nothing to do with him or his staff at the Dept of Marine – despite every dog in the street knowing that the senior civil servants in Dept Marine are the main policy controllers of the SFPA.

And so, is anyone surprised that last month the minister (again quietly over the Christmas break) announced the appointment of the new Executive Chairman of the SFPA – the appointee coming directly from his previous role as a senior officer at the Department of Agriculture, Food & Marine?

It is this lack of transparency at so many levels and in so many sections of this industry that lies at the core of the problems of management and administration in Ireland’s long-suffering fishing industry.

All of this PR media posturing by the SFPA in a ‘new strategy’ is fooling absolutely no one in the industry – and despite trying to con people into believing that it now has a fine new emperor’s suit of clothing that hides its sinister self, the people can see the body in all of its ugly, naked truth.

No more papering over the SFPA cracks claims IFSA Chairman 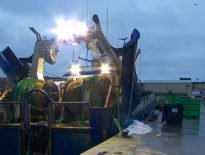 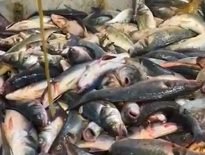