This is the story of a life saved. Because the fisherman was wearing a PFD and a PLB. It is no exaggeration to say: They are life savers. Get the kit. Wear the kit. Live to tell your story too.

What had started out as an ordinary working day for commercial fisherman Paul turned into his worst nightmare when he went overboard from the Sidney Rose, miles from land.

But his decision to put on a lifejacket that morning, equipped with a locator beacon, likely saved his life. He’s been fishing for 38-years and has had just the one man overboard experience. But once is all it takes to never return to shore again.

Paul activated his PLB, which alerted HM Coastguard to his position immediately – and sent the Plymouth and Salcombe RNLI lifeboats, the Hope Cove Independent lifeboat and the search and rescue helicopter from Newquay to look for him.

His skipper then raised the alarm with a Mayday, confirming to authorities that the alert they were searching for was, in fact, a man overboard.

He was found, 67 minutes later, cold but otherwise unharmed.

“I’m very glad it turned out well, you hear the stories and know it doesn’t always turn out this way. My message to other fishermen is simple: Wear a lifejacket. I did and it saved me life.

“They’re only small, they don’t get in the way when you’ve got them on, you get used to them, and if I didn’t have mine on, I wouldn’t be talking to you now.”

So watch our safety film, hear the message and remember that these small bits of safety kit could be a massive reason for returning home one day. 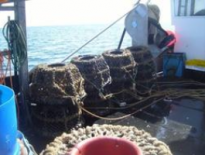 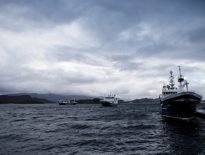