The new EU Commissioner for Fisheries addressed the EU PECH Committee in Brussels for the first time today.

During his speech Commissioner Virg­inijus Sin­kevičius talked about about a wide vatierty of issues including Fishing Opportunities 2020, the Landing Obligation, the Common Fisheries Policy (CFP), the European Maritime Fisheries Fund (EMFF), the EU in the United Nations, Brexit, Marine Conservation Areas and Maritime Spacial Planning.

In his speech Commissioner Sin­kevičius recognised the difficulty the fishing industry faced as a result of the outcome of fisheries talks in December.

He said “I can tell you that this very complex negotiations. We had to reach the CFP objectives concerning MSY and address some critical issues at the same time. In the end we managed to achieve that.

“I know that some fleets might be more impacted than others. I feel a lot of sympathy for those fishermen and woman but this decision was necessary if we wanted to secure their long-term interests.

“Some of them are here today and I have discussed the issue with them earlier this afternoon together and I have explained, for example that the TAC and quota regulation does not impose this measures overnight but gives stakeholders five months to adopt or to suggest scientific assessed alternatives for the technical measures.

“Let me say again, I think it’s crucial to have exchanges with those directly concerned by our decisions. Direct exchanges are indispensable if you want to explain, avoid understanding and of course get support for our positions not the case.

“As I said before, I am always willing to listen and talk to you whether in Brussels or in your communities.
“Coming back to the decisions taken during the December Council, let me just say that nobody can ever gain from collapsing of stocks. Nobody!
“We have learned the hard way in the past. l will repeat again, the decision to help stocks recover is painful to fishermen and women and I really feel a lot of sympathy for them but it’s a positive decision if we seen in a long time and let me recall that all 28 Member States acknowledge that by supporting the compromise we managed to find.”

On the Landing Obligation, he said that the EU will be looking for Member States to enforce the regulations and that the time for implementing the rules was now over.

“In relation to implementing the CFP he said, “At home an important element to protect marine biodiversity objectives of maximum sustainable yield stocks under the common fisheries policy while keeping our fish stocks at a level to protect our marine ecosystem as a whole.
“This brings me to my next point the common fisheries policy. During my mandate, further effective implementation of the Common Fisheries Policy, including the landing obligation will be a priority.
“The CFP is clearly bearing positive results. Many EU fish stocks are in the best shape in a decade and healthy stocks are good news for our fishermen and women.
“The EU fleet continues to make record high profit especially in those areas where we fished sustainability.
“As I already mentioned the fisheries negotiations of last December were intense but I’m pleased with the outcome it shows that we are taking our commitment to sustainability seriously the political agreement supported unanimously by all Member States delivering our objectives for fitting maximum sustainable yield by 2020.” 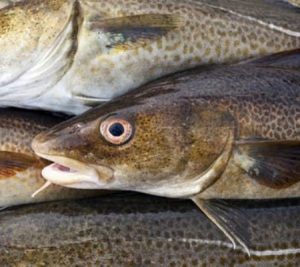 Speaking about this years quota allocations results from the December Fisheries Council he said “Looking at the Baltic Sea, the North Sea and the Atlantic 62 stocks are set at MSY out of 78 for which we have an MSY assessment. 47 out of 53 stocks managed by the EU alone are set at MSY. For some of the remaining stocks the political agreement provides for even stricter conservation measures.

“As I’m aware that statistics and figures are sometimes difficult to read and to interpret, let me briefly explain what happened to the remaining 16 stocks and why they could not be set at MSY.
“First of all, six EU only TACs were is issued a zero catch advice were Eastern Baltic Cod, western Scotland Cod, Celtic Sea Cod, Irish Sea Whiting, Celtic Sea Herring, western Baltic Herring where you have zero catch advice. It cannot be about fixing something at MSY.
“Here it is all about building this fish stock so there is no way we could leave them at MSY.
“Seven TACs from EU Coastal States consultations between Coastal States are set at MSY but we cannot list them as MSY as there is no sharing agreement between Coastal States. And finally, three Cod TACs from the EU/Norway agreement where we could not reach MSY, although we managed to get a much more positive result then initially it was insistent on. I truly thank negotiators. At the same time we could agree on substantial increases for more than 25 valuable fish stocks. This is the result of our policy of sustainability over the last years and it proves that our long-term investment is finally delivering in addition the political agreement includes for the first time ever strong technical measures into the regulation address the serious situation of the Cod in Celtic Sea.
“I’m aware that some of you question the inclusion of technical measures in the Council regulation, however these measures are directly linked to the fishing opportunities. They are limited in time and proportional to the seriousness of the specific situation, although I fully understand that technical measures included in a co-decision or delegated act would allow the Parliament and stakeholders to discuss them and to express their opinion but let me be very clear that our current legal framework does not clearly foresee the possibility of adopting technical measures that are linked to the fishing opportunities.”

The Commissioner told the PECH Committee that in his new position he will not allow the EMFF to be used for what he called “Harmful Subsidies.”

“The next EMFF will play a crucial role in the success of the Common Fisheries Policy. We need to make progress on it. I have already shared my strong concerns with you about certain amendments by Parliament and Council, especially those that refer to vessel construction. The Commission’s position is very clear; we cannot undermine the sustainability objective of the CFP ans if we want to remain consistent with our international commitments under the World Trade Organisation and Sustainable Development Goal #14.6 on harmful subsidies.”

The Commissioner spoke about the prospects of fishing in the EU where he told those attending that “Maritime Spatial Planning is the future.”

His talk on MSP included Bio-diversity, the Blue Economy and Aquaculture as being important areas for the future of Europe.

On the issue of conservation, he said that the Commission would look for Member States to allocate 30% of their fishing water as Marine Conservation Areas.

He said that a lot of people had misinterpreted what a MCAs is, believing that it meant no fishing. He explained that an MCAs were areas where fishing activity would still carry on but certain types of fishing would not be permitted in order to let stocks recover.

On other topics like the United Nations, he said his department would continue to work with their international counter-parts to fight illegal and unreported fishing.

He said “We cannot undermine the sustainability objectives of the common fisheries policy and if we want to remain credible, we have to remain consistent with our international commitments.”

In his speech the Commissioner also included Brexit, where he said that after the UK leaves the EU on 1 February, they are ready to start negotiating with the UK as soon as possible where he said there will be “the same level of transparency as we have shown on the withdrawal agreement and they will be coordinated by Mr European Parliament.”

In the conclusion of his address he said ”The European Parliament will be kept informed on very regular basis during this very busy year ahead. We are facing new challenges that will only be able to tackle successfully by working hand-in-hand together. We are different institutions but we are one European Union. The fate of our coastal communities our marine biodiversity, indeed our blue planet, will depend on our actions and decisions. I look forward to make this a success but it’s possible only if we work together. Thank you but it is only possible with you.” 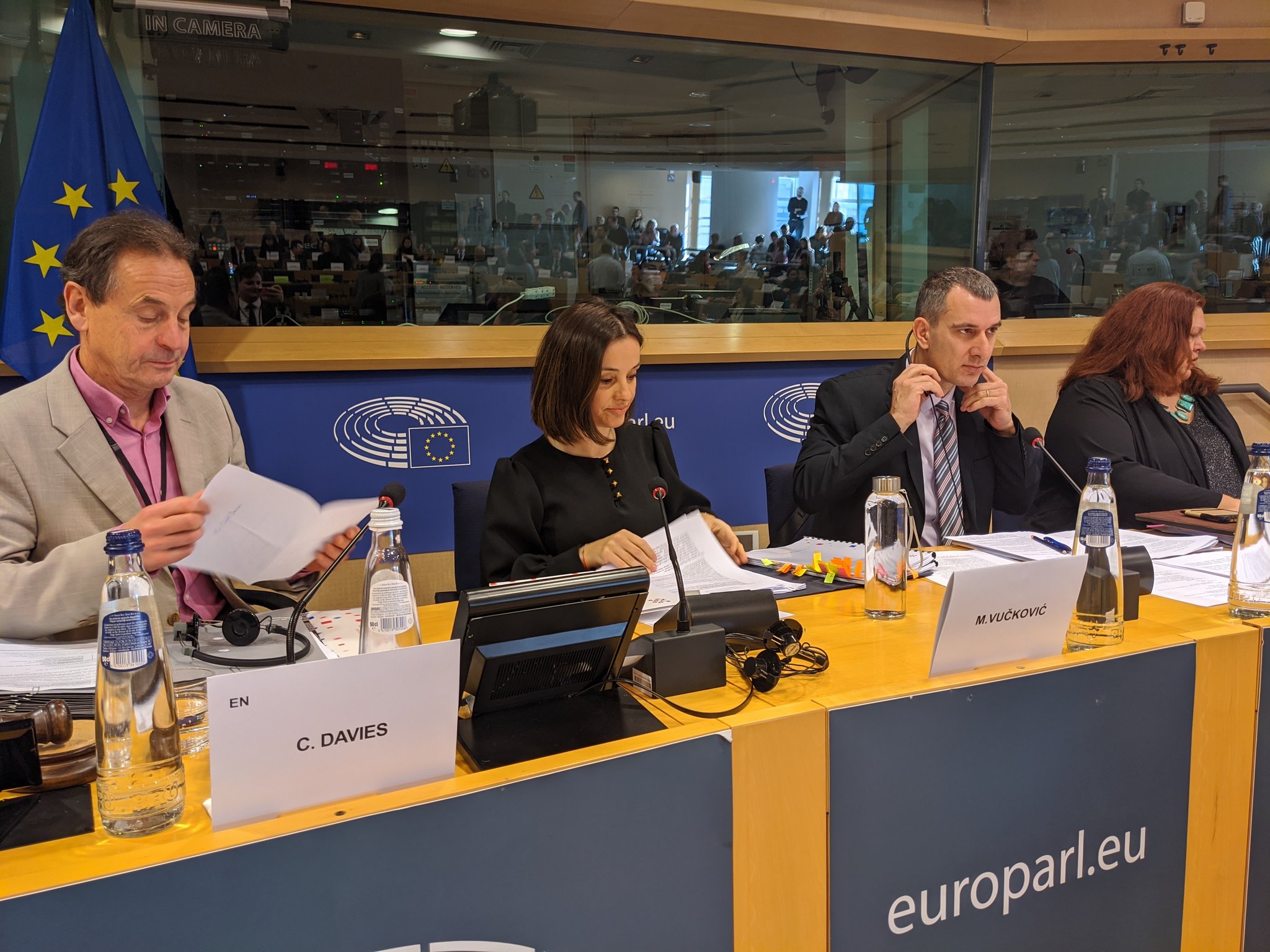 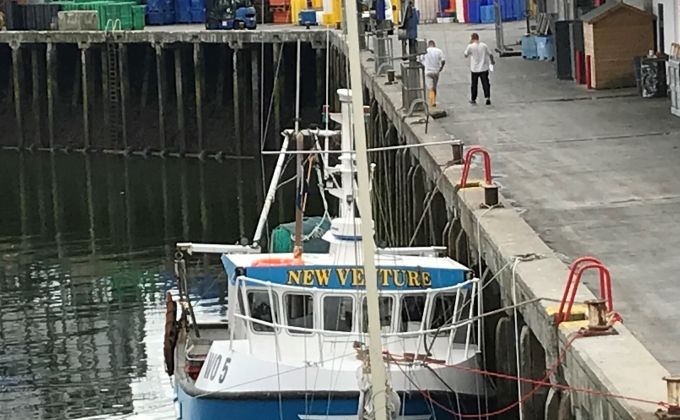 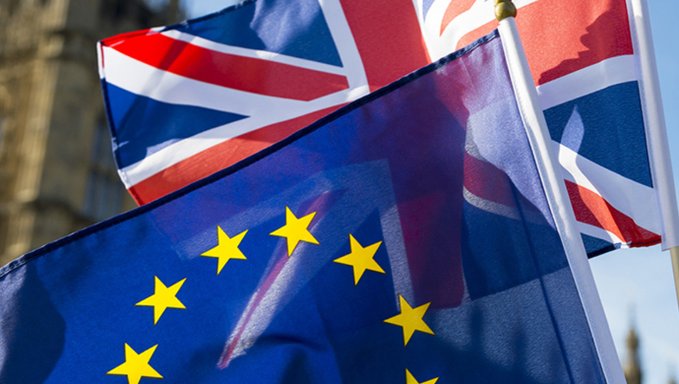 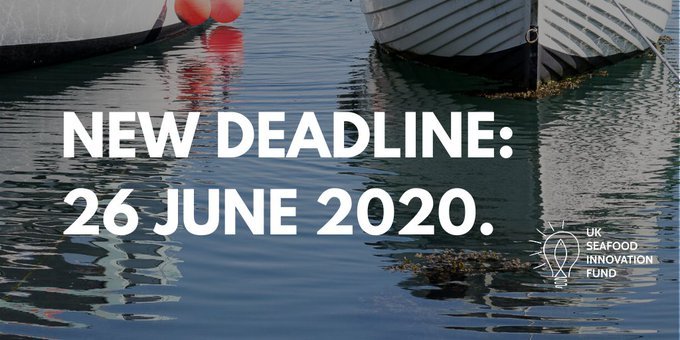 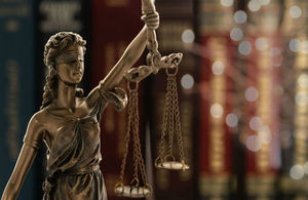 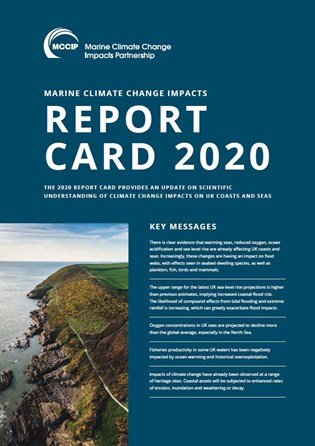