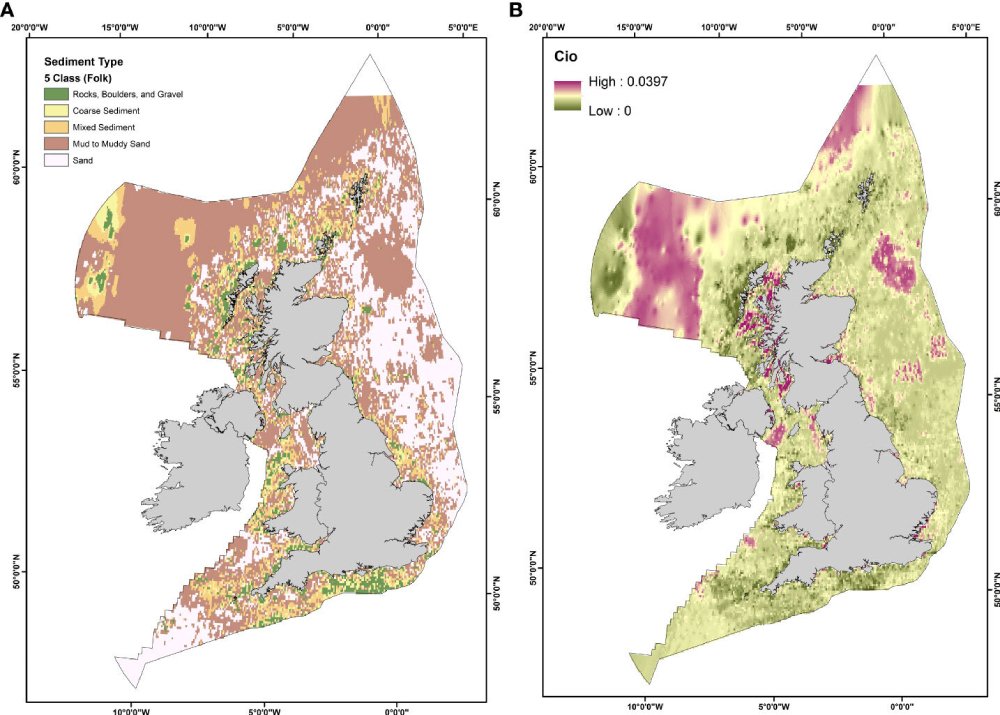 Researchers from the University of St Andrews have collaborated with Scottish Government scientists to develop a new predictive approach that they claim will help assess how vulnerable the UK’s seabed carbon stores are to the pressures of bottom trawling by fishing boats.

Researchers say that within the United Kingdom’s exclusive economic zone (UK EEZ), the area that extends to 200 nautical miles from the coast, an estimated 524 Mt (megatons) of organic carbon is stored within the surface seabed sediment. However, unlike their land-based soil counterparts, the stability and potential vulnerability of organic carbon in these sediments under anthropogenic stressors, such as bottom trawling, have remained poorly quantified.

Scientists claim that these vast marine stores of sedimentary organic carbon are much larger than those on land, yet remain poorly protected as natural carbon sinks that, once disturbed, release carbon back to the environment, potentially as an additional greenhouse gas contribution to global warming.

The research, published in Frontiers in Marine Science, claims to deliver important new evidence to help understand why some regions of the shelf may be far more vulnerable to disturbance than others.

To improve the understanding of the areas of the seabed where sedimentary organic carbon is likely to be at greatest risk from trawling events, the team at St Andrews developed a novel carbon vulnerability ranking to identify areas of the seabed where preventative protection may be most beneficial to help maintain current organic carbon stocks, highlighting that further research will be required to shed light on the fate of this organic carbon once it is disturbed by trawling.

Kirsty Black, lead author and a Ph.D. student at the University of St Andrews, said, “Detailed mapping of both the sediment properties and the pressures they experience from bottom trawling has allowed a detailed understanding to emerge of the potential vulnerability of these sedimentary carbon stores across the entire UK EEZ. This is the most detailed study of its kind anywhere in the world.”

Professor Bill Turrell, co-author and Head of Environment, Monitoring and Assessment in the Marine Scotland Directorate of the Scottish Government, commented, “In Marine Scotland, working with the Scottish Blue Carbon Forum, we have been systematically improving the evidence base describing blue carbon habitats in Scottish seas, and the pressures they face. This paper adds significantly to the understanding of pressures on seabed carbon and will help us manage this important carbon store.”

The results of the new study show that certain key areas of the seabed contain vulnerable stores of sedimentary organic carbon which are potentially most at risk from bottom trawling activity. These organic carbon rich sediments are highly reactive and, in combination with the pressures of repetitive trawling within inshore waters, allow the identification of organic carbon ‘hotspots’ which are likely to be most vulnerable to seabed disturbance.

Professor Bill Austin, senior author and Chair of the Scottish Blue Carbon Forum, from the University of St Andrews’ School of Geography & Sustainable Development, said, “This new research adds to the weight of evidence that points towards the impacts from bottom trawling on the marine environment; the novelty of the work is that we now have a quantitative measure to identify and, if we chose, protect the most vulnerable stores of sedimentary carbon.” 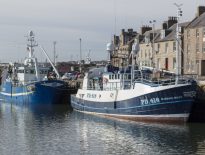 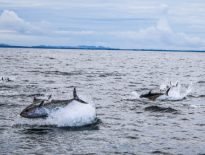