Fishwife will be the first NAPA member company from the USA

The North Atlantic Pelagic Advocacy Group (NAPA) has announced its first member company from the USA. American-based retailer, Fishwife, is the latest addition to the supply chain coalition, which netted top organisations from Canada, Italy, and Australia earlier this year. Together, NAPA members are charting a clear path to sustainability.

The North Atlantic Pelagic Advocacy Group’s (NAPA) call for joint Coastal States’ action on collaborative management of North East Atlantic pelagic stocks is being heard all over the world.

“Fishwife has decided to join NAPA to have a voice in the fight for responsible fisheries management in the North East Atlantic. Our business relies on the cooperative management of fisheries all over the world, including the North East Atlantic mackerel fishery, and we’re committed to working alongside our fellow seafood industry partners to ensure the present and future health of these fisheries. It’s an honor to be the first American partner of NAPA, and we look forward to furthering our mission of expanding access to responsibly-sourced seafood.” –  Becca Millstein, Co-founder and CEO of Fishwife

Female-founded and led, Fishwife is a food company aiming to bring ethically-sourced, premium tinned seafood to the North American table by sourcing from responsibly managed fisheries and aquaculture farms. Since the company’s first year in business in 2021, Fishwife has grown by 200% year-on-year, mostly driven by word-of-mouth. It has even been recognised as the brand “leading America’s tinned fish renaissance”.

“We are delighted to welcome Fishwife to our collective of supply chain businesses who are vocal about their investment in a long-term, sustainable future for seafood from the North East Atlantic. Gaining our first member from the USA is a key milestone. It demonstrates the global relevance of NAPA’s mission – buyers, processors, and consumers everywhere want to see Coastal States take cooperative action to agree quota shares that are in line with scientific advice, and commit to long-term management plans for these vital, valuable stocks.”

NAPA was launched in 2019, in response to loss of Marine Stewardship Council (MSC) certification for North East Atlantic mackerel, Atlanto-Scandian herring, and blue whiting, and an emergent trend for unilateral quota-setting above the scientific advice within the North East Atlantic region. Since its inception, NAPA has attracted a range of household name retailers and supply chain businesses operating all over the world – Tesco, M&S, Aldi, Young’s Seafood, Sktretting, and Princes to name a few – representing more than an €800 million share of North East Atlantic pelagic seafood purchasing power.

NAPA has since become one of the most influential voices advocating for robust fisheries management in the North East Atlantic. Its recent campaign calling on Coastal States decision-makers to agree to sustainable catch shares, to follow the scientific advice, and to commit to long-term management plans (#AgreeFollowCommit), was publicly supported by both the MSC and the environmental NGO Sciaena.

In the wake of October’s Coastal States negotiations, Aoife Martin, Independent Chair of NAPA, commented: “Discussions on catch shares have fallen through every year for more than a decade, and we are currently waiting to hear the outcomes of this year’s talks. NAPA has worked tirelessly to communicate the supply-chain’s position and urged Coastal States to agree, follow, and commit. It really is a case of Governments listening to the marketplace AND the science, and every new member is a new voice willing to confront the problem head on.” 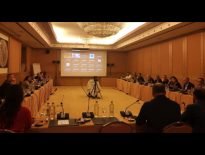 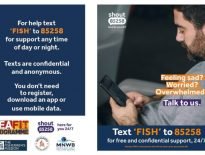