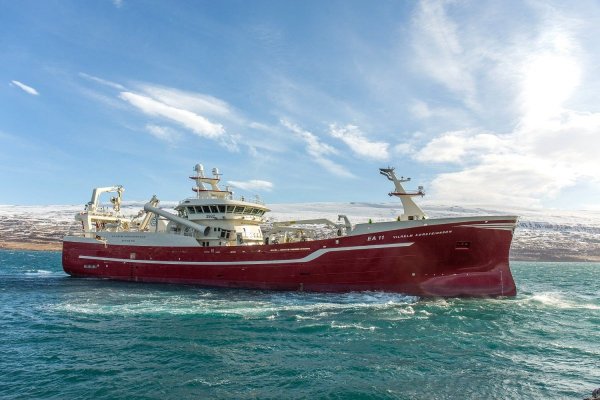 The Icelandic trawler Vilhelm Þorsteinsson suffered a propulsion malfunction where it reversed uncontrollably and ended with engine failure. Photo: Samherji.is

On Monday 28 November, the 89-metre state-of-the-art trawler was entering the harbour at Neskaupstaður just before 1.00pm when the incident happened. After the engine failure, the 4,100-tonne ship drifted up to a steep sand bank, to the south of the harbour mouth where it grounded but was quickly rescued by another vessel.

In a statement on the incident, Samherji said:

“Just before 1:00 p.m., Samherja’s pelagic vessel, Vilhelm Þorsteinsson EA 11, was coming to the harbor mouth in Neskaupstaðarhöfn, a failure occurred in the ship’s propeller equipment, with the result that the ship began to sail backwards uncontrollably and then suffered engine failure.

“At this, the ship drifted up to a steep sand bank that is just south of the harbour mouth. Barði NK 120, the ship of Síldarvállúnn, immediately came to the rescue and pulled Vilhelm to the pier.

“No damage is known, but it remains to be determined what happened to the hardware. As usual, Landhelgisgæsla was immediately informed of what happened.

Speaking to Icelandic news website mbl.is, Kristján Vilhelmsson, Managing Director of Samherji’s Shipping Department said, “Nobody hurt and hopefully no damage, but let’s look at it in the next few hours.”

The Vilhelm Þorsteinsson EA 11, was delivered to the seafood company, Samherji hf, at the start of April 2021 after its completion by Karstensens Shipyard in Denmark. 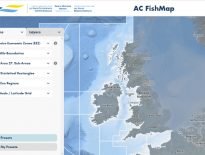 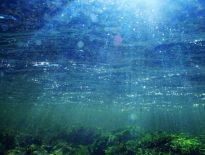