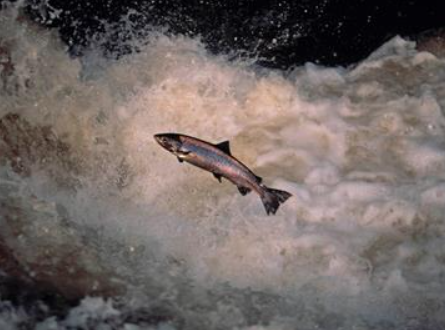 The Missing Salmon Alliance says that it strongly supports the New Memorandum of Understanding that has been signed by both the North Atlantic Salmon Conservation Organization (NASCO) and The International Council for the Exploration of the Sea (ICES).

The MSA claims that this is a big step forward in underlining the importance of Atlantic salmon in the ecosystem.

Salmon are one of the most iconic species found in our oceans. Their unique diadromous life cycle that brings them from birth in European and North American rivers to migrate to feeding grounds in the ocean and finally return to home rivers to spawn is inspiring.

Due to a number of pressures, such as habitat destruction, climate change, and overfishing, wild Atlantic salmon have experienced a dramatic decline in numbers since the 1980s throughout their native range. The Convention for the Conservation of Salmon in the North Atlantic Ocean in 1983 created a large protected zone free of targeted fisheries for Atlantic salmon in most areas beyond 12 nautical miles from the coast. This also led to the establishment of the North Atlantic Salmon Conservation Organization (NASCO). Despite this, ICES estimates the number of eggs it takes to produce one adult surviving its first year at sea has doubled from 1000 eggs prior to 1990 to 2000 eggs in recent years.

NASCO and ICES first formalized cooperation in 2007 and have just signed a new Memorandum of Understanding (MoU).

The new MoU is modernized to reflect how both organizations operate and to articulate the ecosystem approach for Atlantic salmon science, advice, and management; a key issue for both ICES and NASCO.

ICES Advice employs the ecosystem approach and the new MoU underlines the importance of Atlantic salmon in the ecosystem.

“It’s not just what you catch”, states Lotte Worsøe Clausen, Head of ICES Advice Department, “we also need to look at salmon from an ecosystem perspective”.

In the foreword to NASCO’s recent State of North Atlantic Salmon Report, His Royal Highness the Prince of Wales stated, “’Wild Atlantic salmon are a powerful symbol of the health of our rivers and oceans, and of our relationship with the natural environment. This incredibly valuable species is an aquatic canary for wider environmental change. The song it is singing tells us a great deal about the state of our freshwater and marine environments and the need to behave responsibly to look after our natural resources”.

ICES and NASCO have several upcoming joint activities to advance the management of Atlantic salmon in the face of a changing climate. Two ICES workshops will investigate causes of at sea mortality (WkSalmon2) and a salmon stock assessment benchmark are expected to advance the science that underpins the stock assessment and advice. Interested experts are encouraged to attend.

The final symposium for the International Year of the Salmon, a joint NASCO-North Pacific Anadromous Fish Commission (NPAFC) event, Salmon in a Rapidly Changing World: Synthesis of the International Year of the Salmon and a Roadmap to 2030, will be held from 4–6 October 2022 in Vancouver, Canada. The call for abstracts is open with the deadline to submit 15 April 2022. 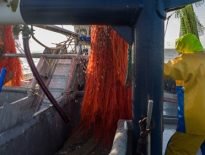 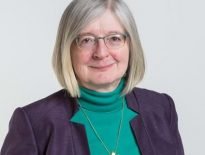