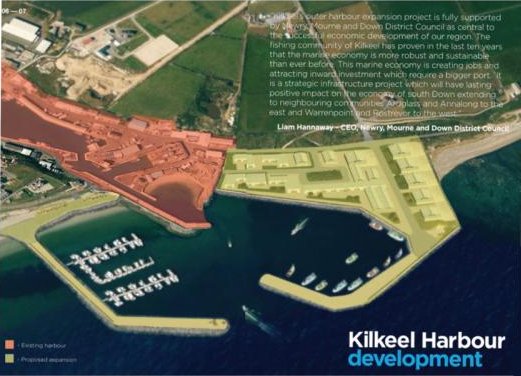 The construction of an outer harbour a Kilkeel in Northern Ireland has taken another step closer to becoming a reality after it received the backing of DAERA Minister, Edwin Poots.

For several years, the fishing industry in the well-known port situated on the southeast coast of Co Down has been lobbying for a £35m expansion to the outer harbour in order to facilitate larger vessels.

Kilkeel hosts a large number of fishing vessels operating mainly on nephrops (Dublin Bay Prawns) with 2,578 tonnes of the shellfish landed in 2019 netting the port £6.6 million. It also has a growing crab fishery which caught 549 tonnes of brown crab in 2019 worth nearly £1 million in the pot.

Speaking to Anifpo (Anglo-North Irish Fish Producers Organisation) CEO, Alan McCulla in 2018, he expressed the desire to build the facilities at Kilkeel which would allow the larger fishing vessels of the Northern Ireland fleet such as the Voyager and the 51 metre, Stephanie M to use the harbour.

At the moment if these large pelagic vessels want to unload in Northern Ireland they have to use the facilities at Belfast Harbour as there are no fishing harbours capable of accommodating them.

Speaking on Wednesday about the new developments Mr McCulla said:

“We were pleased to facilitate a meeting arranged by local Cllr Glyn Hanna with Minister Edwin Poots about the proposal for a new outer harbour at Kilkeel.

“The Minister is eager to get moving ahead with the next stage of the project. The entire harbour and wider community is behind the project.” 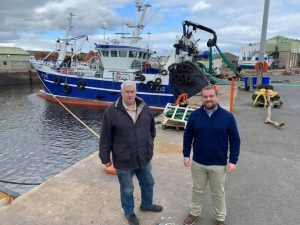 Cllr Hanna is pictured here with Robert McConnell, who manages the Kilkeel Harbour Works project, representing most of the engineering and ancillary businesses around Kilkeel harbour. 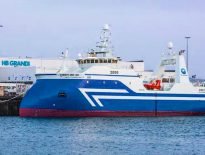 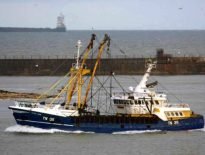