Spanish tuna association, AGAC, has asked for its tropical tuna catch to be independently assessed against the rigorous Marine Stewardship Council (the MSC) Fishery Standard.

The fishery, the Association of Large Tuna Freezers, uses purse seine gear to reach up to 8% of the total catches of yellowfin, bigeye and skipjack tuna from the Indian, Atlantic and Pacific oceans.

The fishery has been in a fisheries improvement project for five years, before deciding to enter the MSC sustainability assessment. The MSC Fishery Standard measures fisheries against three core principles: healthy stocks, impact on the ecosystem and management practices.

The assessment is being carried out for the Association of Large Tuna Freezers by an independent assessor, Lloyds Register, in four distinct geographic areas corresponding to the regional fishing management organisations (RFMOs), ICCAT, IATTC, WCPFC and IOTC. Twelve different units of assessment that are defined by species, stock and the fishing area are being assessed.

The association AGAC also includes OPAGAC, the Organization of Associated Producers of Large Tuna Freezers. There are 48 freezing tuna vessels linked to the association that fish tuna in all the oceans where tropical tuna can be found.

The General Fisheries Secretary of Spanish Ministry of Agriculture, Fisheries and Food, welcomes the commitment of AGAC’s fleet, saying: “This will contribute to the achievement of the environmental objectives of the Common Fisheries Policy and the international commitment of Spain towards sustainable exploitation of these important marine resources by the Spanish tuna fleet which is present in all the oceans.”

Director of the MSC in Spain and Portugal, Laura Rodriguez said: “The tuna association AGAC is the first to ask for its entire global catch across three oceans to be assessed simultaneously to the MSC’s sustainability standard. The assessment process will provide invaluable information which we have not had before on the sustainability levels of each of the tropical tuna species in each ocean. We are very pleased about AGAC’s decision to steadily improve its fishing practices over the years, and for now committing to a rigorous assessment process for environmental sustainability.”

Managing Director of AGAC, Julio Morón said: “The process towards the best environmental certification started ten years ago, upon signature of a Declaration of Good Practice by the shipowners of AGAC. In 2012, this set of principles was extended into a Code of Good Practice, the foundation stone of the Fishery Improvement Project that AGAC initiated in 2016 with the assistance of the WWF. The process of assessment to the MSC standard may take more than a year and we are aware that there is yet work to be done. We believe that reaching this far demonstrates the commitment of the fishers and shipowners of AGAC towards preservation of the marine environment to which depend our livelihoods and employment. We are fully committed to do whatever is on our hands to preserve our fishing activity with the least environmental impact possible and protecting the health of the tropical tuna stocks.”

The Association of Large Tuna Freezers (AGAC) is based in Spain and represents the interests of nine groups of companies of frozen tuna seiners, based in Spain and elsewhere. OPAGAC (Producers’ Organisation of large Tuna Freezers of Spain) was founded in 1982 to cover the Spanish fleet under AGAC. Presently AGAC covers 48 purse seiners that catch up to 8% of the global catch of tropical tunas.

There are two stocks of skipjack tuna in the Atlantic Ocean, eastern and western stocks. Both will be assessed under the same unit of assessment referred as Atlantic skipjack. 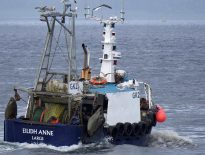 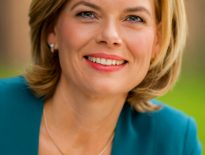