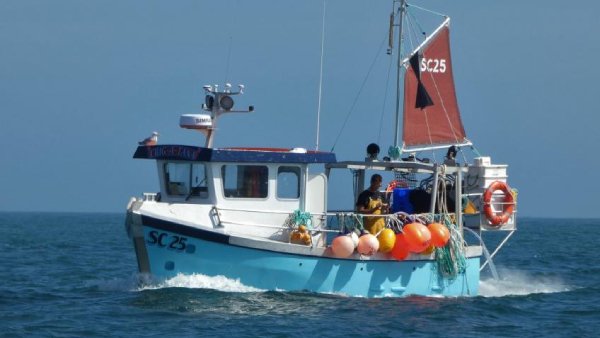 The Marine Accident Investigation Branch (MAIB) has launched an investigation into the loss of the fishing vessel, Crig-A-Tana (SC25) on the south-east coast of England on the 12 November 2022.

On Saturday morning the 7.47m UK-registered fishing boat capsized and sank six-m south-east of Bass Point, Cornwall. The newest vessel of the Cadgwith fishing fleet sank suddenly without time for a MAYDAY call. The Falmouth Coastguard was alerted via an effective EPIRB signal. They then notified the Lizard RNLI Lifeboat who made speed to the fishing vessels last location. On their way there, the lifeboat crew spotted a red flare where upon arrival they found both skipper Brett Jose, and crewman Callum Harwick, in their life raft.

“Our crew were paged at 12.33pm this afternoon to immediately assist the Cadgwith fishing vessel “Crig A Tana” in a position of 6 nautical miles south east of Lizard Point. An EPIRB (Emergency Position Indicating Radio Beacon) alert had been identified by Falmouth Coastguard indicating that the vessel was in immediate distress. Following a prompt launch and under the command of Second Coxswain Darren Thirlaway, RNLB Rose proceeded to the position given by the coastguard.

“Upon arrival on scene a search of the area began and within a few minutes the crew had sighted a red flare in the distance. RNLB Rose went straight to the position of the flare and it was then that a life raft was sighted.

“Thankfully the raft contained the two crew of the “Crig A Tana” who had been forced to abandon their vessel prior to its sudden sinking.

“Sadly there was no sign of the stricken vessel on scene. Following transfer from the life raft to the lifeboat it was ascertained that both crew were shaken but unharmed and in no need of medical assistance. Relieved family and friends were at the station awaiting the lifeboats return.

“HM Coastguard rescue helicopter and the Mullion Coastguard Rescue team were also in attendance. A difficult service for our station today, as the crew of the “Crig a Tana” are also members of our lifeboat crew. We are so very grateful for their safe return today.” 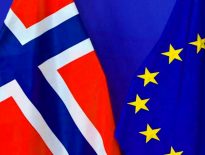 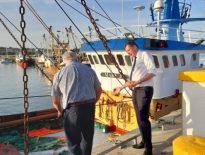