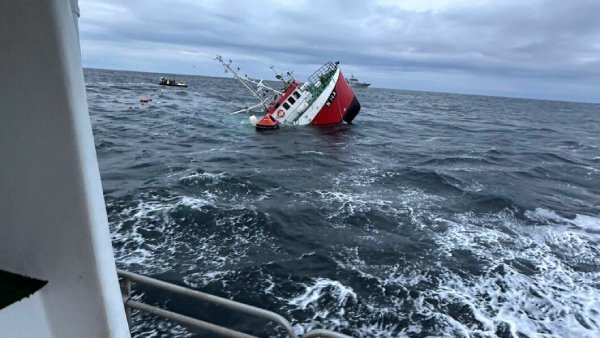 A Norwegian crew had a lucky escape after their fishing vessel hit a reef and sank this morning. Photo: Pleb Kristiansen

A group of Norwegian fishermen had a lucky escape after their boat hit rocks this morning, Monday 09 January 2023.

The 18.05-metre ‘Klævtind’ had six crew onboard when the incident happened as they were gillnetting for saithe off Andoya Island on the north-western coast of Norway. The boat struck a reef, refloated, then struck the reef again, refloated, and drifted offshore eventually sinking after the crew was rescued.

The Northern Norway Rescue Centre received a report at around 09.45 this morning that the boat had run aground and was taking water.

Emergency services were scrambled, says Sten-Rune Nikolaisen of the Northern Norway Rescue Centre. The lifeboat, ‘Dagfinn Paust’ was launched along with the Norwegian Coast Guard vessel, KV Barentshav, were dispatched to the scene. Two of the Coast Guard’s MOB boats assisted. In addition, they had a helicopter in hand in case it became necessary.

The hull of the ‘Klævtind’ was holed badly in several places and taking water quickly.

At 10:50am, Nikolaisen said that the plan was for ‘Dagfinn Paust’ to tow the boat that had run aground, and the Coast Guard’s MOB boats were to follow them in.

Pumps were put onboard the ‘Klævtind’ and the ‘Dagfinn Paust’ attempted to take the vessel under tow. The plan was unsuccessful.

It was reported to Nikolaisen at 11.38am, “The boat is going down now. All six who were on board are now on the ‘Dagfinn Paust’ rescue boat.”

“The lifeboat had to take the axe and cut the towline. They were unable to pump out the water quickly enough,” says Nikolaisen.

Within an hour of the rescue services arriving, the ‘Klævtind’ disappeared beneath the waves.

Nikolaisen said that the Coast Guard had stayed behind to pick up debris that was floating in the sea. 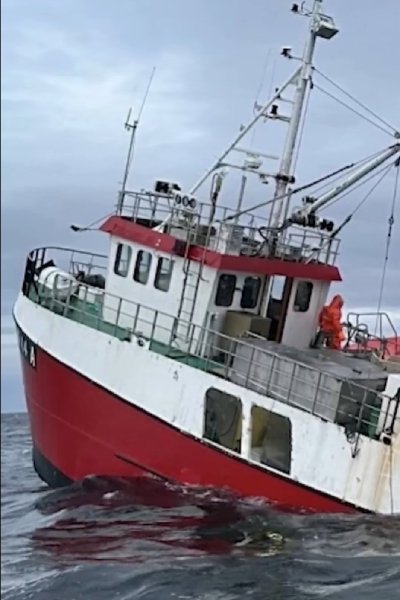 In a statement after the sinking the Norwegian Rescue Service said:

“RS “Dagfinn Paust” moved out this morning after a message from HRS about a fishing vessel on ground. The boat drifted off the magpie, but then took in a lot of water. Pumping was attempted, but the water intrusion was too great and therefore the boat sank. Six people were evacuated to Bleik, where one of the fishermen was taken care of by AMK. He only had minor injuries.”

Norway Postsen reported from a crew member, Pleb Kristiansen who was onboard the vessel, that two people were injured with one of them being sent to hospital with a broken arm and broken ribs. 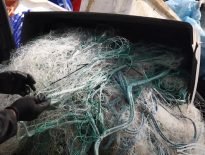 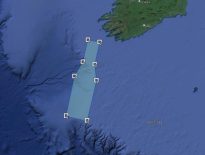