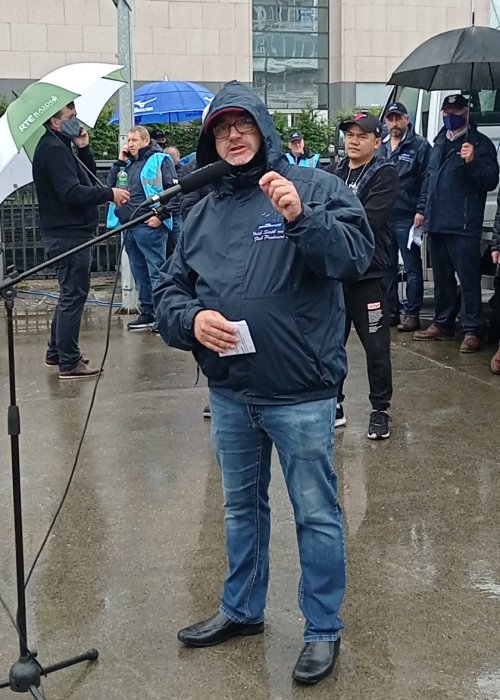 ISWFPO CEO, Patrick Murphy in June 2021 calling on the government to fix the Atypical Working Scheme

The study was carried out by academics in the Department of Law at the University and was funded by the International Transport Workers’ Federation (ITWF). They claim that two-thirds of non-EEA workers worked between 15 and 20 hours a day, over half got racist abuse and only a third reported feeling safe.

The report was based on interviews with 24 migrant workers in the Irish fishing industry over half of who have lived in Ireland for 10 years or more. The report cited several examples of workplace abuses that it categorised as “being at the extreme end of the spectrum”.

It also set out the results of the Workplace Relations Commission inspections which indicated that 454 inspections had taken place since the introduction of a new permit scheme known as the Atypical Working Scheme (AWS) for non-EEA crew.

One of the factors the Maynooth University academics examined was the AWS.

AWS sought to formalise and regularise workers’ immigration and employment status when it was introduced in 2016.

The AWS was one of a serious of regulatory and policy efforts to address the issue of risks of exploitation in the industry and introduced to protect non-EU workers in the fishing industry in Ireland.

The study warns the scheme can be used by employers “as a means to threaten and exploit workers” and conditions had become “worse” under it.

The ITWF which funded the study says the Stamp 1 scheme that comes with the AWS and ties the worker to the boat owner does not work.

ITWF spokesperson Michael O’Brien told RTÉ News there are “hundreds” of undocumented fishermen, many of whom entered the atypical scheme initially.

“Whether through injury or through some acrimonious bust-up with the employer, that employment ends and they are operating in the system, kind of, odd-jobbing from boat to boat in an undocumented fashion and they’re really, really vulnerable”.

Patrick Murphy said that the AWS was “not fit for purpose”.

He continued, “I can tell you that since 2016, we as an organisation have been looking to reform the scheme. I’ve spoken to every Minister through the years to get changes made to the scheme.

At the Irish Fishing Industry demonstration in Dublin on 23 June last, Mr Murphy was quite vocal about the flaws in the scheme.

“At the demonstration he said, “It’s absolutely disgraceful that these workers are not being afforded the same rights in our country that we are looking for our migrants in other countries.

“We depend on these lads for our boats to go to sea. It is crazy to think that we would mistreat these highly skilled individuals.

“We did not design the Atypical Scheme, but we have been lobbying since its creation to fix what is wrong inside of it and we need our government to listen to us so we can protect these lads.” 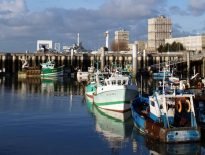