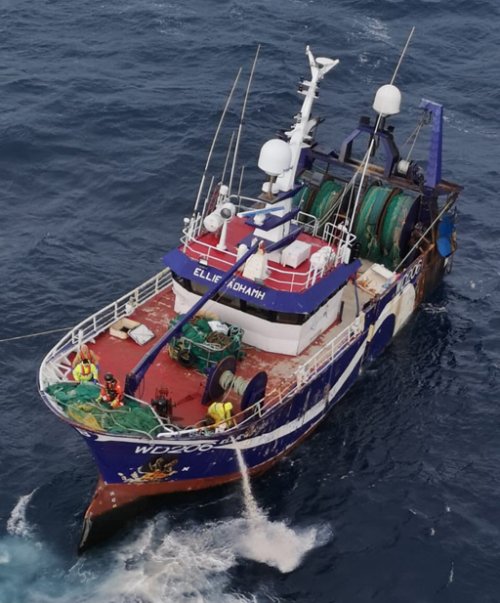 It has been confirmed by the Irish Coast Guard this afternoon that the trawler, Ellie Adhamh has sunk over two miles north off the Bull Rock, at the entrance to Kenmare Bay.

It confirmed that the vessel sank at 11.55am.

The trawler had broken down on Friday approximately 75nm south-west of Castletownbere. The skipper raised the alarm after losing engine power and after successive attempts to restart the engine has failed.

Fishing vessels in the area attemted to take the Ellie Adhamh under tow but due to adverse weather conditions, tow lines could not be maintained.

Yesterday the Irish Naval Defence vessel LÉ George Bernard Shaw took the trawler under tow but last night the crew were forced to adandon ship after she began to take on more water than the pumps could cope with.

The seven crew members were airlifted to safety and back to dry land in Cork by the Irish Coast Guard helicopter, R117 who was also attending the scene along with Castletownbere RNLI, who were all part of the multiagency operation.

Incident Update 5: The  fishing vessel ELLIE ADHAMH, the seven person crew of which were evacuated by Coast Guard Helicopters on Saturday evening, has sunk in approximately 80m of water over two miles North of the Bull Rock, at the entrance to Kenmare Bay. pic.twitter.com/T1x1sqoXzs 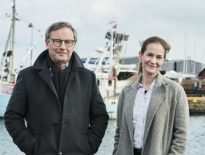 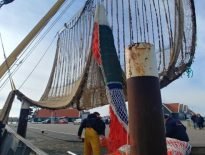