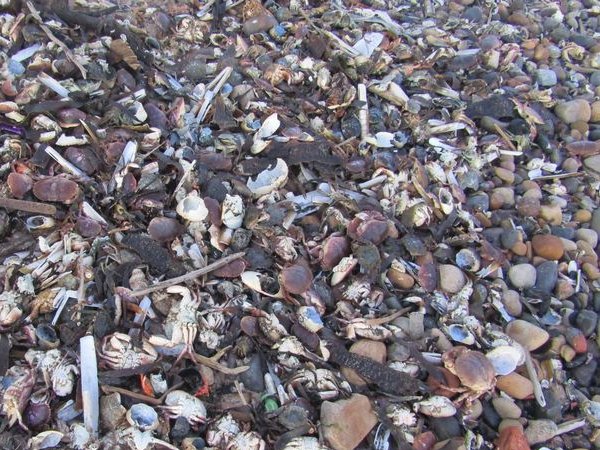 Results of investigation point to a naturally occurring harmful algal bloom being the cause.

Defra and partner agencies have completed a thorough investigation of the cause of dead crabs and lobsters which were found washed up on the North East coast between October and December 2021.

Following significant testing and modelling to rule out possible causes, Defra and partner agencies consider that the deaths of the crabs and lobsters potentially resulted from a naturally occurring harmful algal bloom.

From the evidence found during the investigation it is unlikely that chemical pollution, sewage or infectious aquatic animal diseases were the cause of the deaths. No traces of chemical contaminants have been found that could have caused an event of this scale. Follow up survey work carried out by the Environment Agency on the 18th and 19th of January 2022 has also shown live healthy crabs present in the area, albeit in reduced numbers.

The in-depth investigation considered evidence from:

Traditional and innovative screening methods of samples of water, surface sediments, and crab which looked for over 1,000 potential chemical contaminants.

Follow up on any indicative chemical signals, including pyridine, involving further testing of water, sediment, blue mussels and crabs.

Washup events reported by the public and fishers.

A review of environmental permits and industrial sites for evidence of abnormal discharges.

A review of licenced marine activity in the local area (or deemed licence).

While the chemical pyridine was initially identified in crab from impacted areas, further investigations by the EA established that pyridine was not present in water and surface sediment samples collected off the Tees, and that pyridine is found in crabs taken from non-impacted areas. As such, the presence of pyridine in crab is likely to be linked to biological processes.

Results from cyanide analysis were below the detection limit of the test.

There is no evidence linking any reports of dead seals around the UK coasts to the investigation on crab and lobster deaths in the North East. 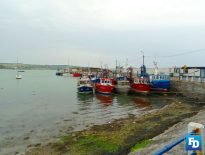 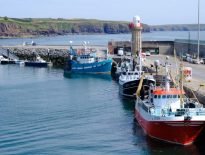