A series of regional webinars will promote the importance of ratifying the Cape Town Agreement on fishing vessel safety.

One year after the well-attended Torremolinos Conference, IMO is launching a series of regional webinars in a renewed push to encourage ratification of a key treaty to bring in global enforceable standards for the safety of fishing vessels.

The webinars, launching in Latin America and the Caribbean in November, will bring together key stakeholders involved in fishing from across governments and highlight the benefits of the Cape Town Agreement, which was adopted by IMO in 2012.

The Agreement, once in force, will bring in mandatory international safety requirements for fishing vessels of 24 metres in length and over, including provisions addressing stability and associated seaworthiness, machinery and electrical installations, life-saving appliances, communications equipment and fire protection, as well as fishing vessel construction.

IMO has also launched a new easy guide to the Cape Town Agreement.

Bringing the Agreement into force will be a key tool in combating illegal, unregulated and unreported (IUU) fishing, since it will allow for a port State mechanism to monitor IUU fishing activities, which in turn will protect markets from being flooded with illegally caught fish, avoid depletion of world fish stocks and protect fishers from human rights abuse.

The webinar series and guide are launched a year after the Torremolinos Ministerial Conference held in Spain in October 2019. The Conference brought together some 120 States to discuss safe and legal fishing.  More than 50 countries have signed the “Torremolinos Declaration”, indicating their determination to ratify the Cape Town Agreement by its tenth anniversary (i.e. 11 October 2022).

IMO Secretary-General Kitack Lim urged States to build on their commitments made at the Torremolinos Conference. “The world has changed due to the COVID-19 pandemic, but this has shown that the ability of fishers to provide sustainably sourced seafood is more important than ever. The safety of fishers and fishing vessels is paramount. We need now to build on the commitments made by Governments during and since the Torremolinos Conference. Now is the time to work proactively and cooperatively to bring the Cape Town Agreement into force. IMO is ready to assist,” Mr. Lim said.

A Regional Webinar on the Ratification and Implementation of the 2012 Cape Town Agreement in Latin America and the Caribbean is currently being organized by IMO, in cooperation with the Government of Chile and the Pew Charitable Trusts. It will be held from 23 to 24 November 2020.

The Webinar will provide a forum to promote the importance of the 2012 Cape Town Agreement and share information on the lessons learned from States that have already ratified it, or are currently in the process of doing so, with a view to identifying any barriers that hinder progress towards the widespread acceptance and effective implementation of the Agreement by States in the region.

For more information on the webinar, please contact Conference

Future webinars will be announced in due course. 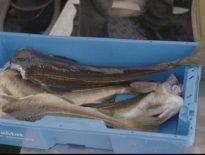 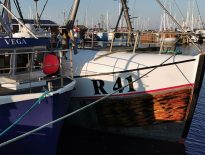