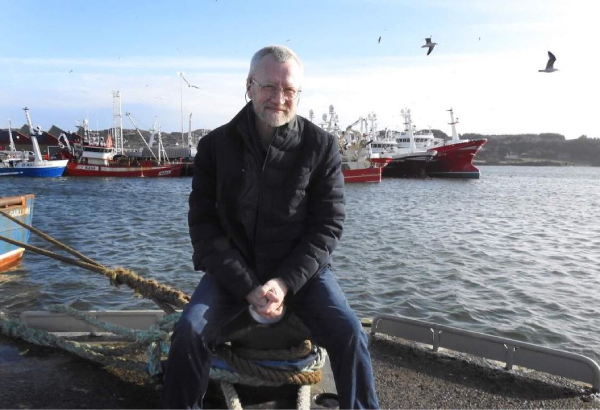 IFSA, Chairman Cormac Burke has hit out at the 2021 Annual Review and Outlook Report

In their post today, IFSA Chair, Cormac Burke takes issue with the report calling it an “atrocious effort to be business-like but avoiding most issues of genuine concern in the industry”.

“The Department of Agriculture, Food and the Marine (DAFM) has today (11 November 2021) released its annual report for 2020 (including up to January 2021) and with the fishing industry catching sector taking up less than 12 pages out of the 256-page report, its clear to see where the priorities lie.

Although this is understandable to some extent as the agriculture sector employs almost ten times that of the 16,500 in the fishing industry, it is nonetheless frustrating for the people of this industry that this DAFM report fails to even attempt to highlight the real issues of concern and simply glides along with facts and figures and giving the impression that ‘all is well’ aside from the pandemic-related drop off in seafood export sales by 8%.

But how can such a report, compiled throughout 2021, and includes statements from Minister McConalogue post BREXIT in January 2021, make absolutely no reference to the current crisis and the alarming state of the industry since twelve months ago?

It even goes as far as to talk about the review of the EU’s Common Fisheries Policy in that it “is expected to be completed by the end of 2022” – this despite the fact that it is widely known that the CFP review is only set to commence at the end of 2022 and will last for five years and, as confirmed by the EU Fisheries Commissioner during his recent visit to Ireland, this review will only be held as a means to compile a report and that “no great change” should be expected.

With the Irish pelagic sector now completely shafted by EU corrupt negotiators and useless Irish would-be defenders of the industry, the demersal sector so decimated that it must accept a vessel decommissioning scheme (also not mentioned in the report), and an inshore fishing sector to which the only advice offered in this report is that they “should be encouraged to develop their digital literacy through one-on-one training in the local community” – is this so they’ll be better able to fill out online their dwindling quota catch records for administrators?

And in chapter 5.3 of the report, the Minister sticks with his ridiculous claim that the woeful BREXIT outcome will cost the Irish fishing industry 43 million euros by 2026 and the very next paragraph goes on to say that the Irish pelagic sector alone is going to lose 27.5 million euros per annum…

All in all, this report is a mirror image of how the EU Commission itself does its business – paper over the cracks, kick the can down the road, and it’ll be somebody else’s problem by the time it comes up again.

The DAFM can try to dress this ugly situation up in any way they want but at the end of the day, putting lipstick on a pig doesn’t alter the fact that it’s still a pig.

Personally I see this report, in its atrocious effort to be business-like but avoiding most issues of genuine concern in the industry, to be nothing more than an insult to the people in all sectors of the Irish fishing and processing sectors, many of whom are now facing bankruptcy due to this Government allowing its civil servants to continue to preside over the gradual transition of Irish-owned marine resources into the hands of other nations.

And will the 2021 version of this same report carry details of how the SFPA were shown to be, in three different reports and in front of the Oireachtas Joint Committee, unfit for purpose? Will it record that the industry held protests in Cork and Dublin to highlight the crisis in the industry? And will it report on the many, many fishermen and seafood workers who have lost their jobs in the past year due to Ireland’s reduced quota and decommissioning of one third of the fleet? 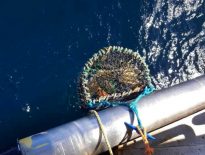 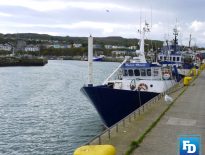