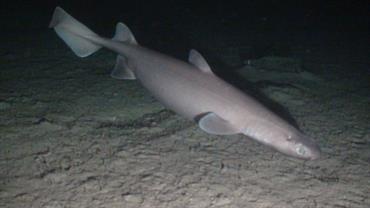 The ICES has released a detailed report on the status of deep-water sharks, skates, and rays in the Northeast Atlantic. Photo: Oceana

Two advice releases address status and distribution of deep-water elasmobranchs and provide update for the assessments for the OSPAR List of Threatened and/or Declining Species and Habitats.

As the respective organizations with responsibility for fisheries management and protection of the marine environment in the open Atlantic, NEAFC and OSPAR are keen to pursue joint initiatives where overlap exists between them. “One such area is the biodiversity of deep-water sharks”, states Maurice Clarke, Marine Institute and chair of the Workshop​ on the distribution and bycatch management options of listed deep-sea shark species​​, “These are vulnerable to bycatch in the NEAFC Area (including the Regulatory Area), and are an important component of the marine ecosystem”.

Clarke notes that ICES countries hold perhaps the most comprehensive dataset on deep-water sharks in the world. These data primarily come from surveys conducted by ICES member countries, many of which either pioneered deep-water research surveys or maintain long-time data series. However despite this, he concedes that there are considerable gaps in the data. “These gaps exist because large parts of the North Atlantic deep sea are simply not able to be surveyed because the sea bottom is not suitable. The deep-sea floor holds many vulnerable marine ecosystems (VME) with extremely fragile features such as corals, sponges, and hydrothermal vents, which cannot be fished upon with survey gears”.

Teresa Moura, Portuguese Institute for the Sea and the Atmosphere and member of the Working Group on Elasmobranch Fishes (WGEF) adds that in addition to unsuitable sampling areas, there is also a lack of knowledge in the distribution/abundance of species in waters deeper than 800m. Many deep-water sharks distribute deeper than 800 m but as most research surveys do not sample at such depths, such information is only available for a few areas.

WGEF is requested to give recurrent advice on three deep-water sharks – the Portuguese dogfish, the leafscale gulper shark and the kitefin shark – for the Northeast Atlantic. “All three sharks are now under a list of species with zero total allowable catch (TAC)” says Moura, “The status of these stocks are unknown as abundance and biomass indices are restricted to a few areas and estimates are highly variable and uncertain. Information about the abundance and biomass of other deep-water sharks is deficient”.

The main species of deep-water shark that ICES gives advice on have been depleted by fishing by the mid-2000s, and have not recovered. “The Portuguese dogfish and the leafscale gulper shark are examples of species that are not doing very well. These are the larger bodied species which were commercially exploited in the 1990s. Having been depleted, their conservative life strategies mean that recovery will be slow, and as they continue to be taken as bycatch in some deep-water fisheries, fishing mortality on them has not ceased.” continues Clarke, “The smaller bodied species show mixed signals, with some showing favourable trends, others showing declines. Unfortunately, the time series available for the smaller bodied species are shorter and do not extend back to the ​beginning of fishing mortality on deep-water sharks in the early 1990s”.

Although sharks are no longer commercially exploited or retained as wanted catch, continued bycatch in some deep-water fisheries is an issue. Clarke explains that these sharks cannot be selected out of the fishing gear and as they do not survive being brought to the surface, fishing mortality continues even though there are effectively zero quotas for them.

Moura adds that WGEF considers that, although uncertain, the level of bycatch is now relatively low given the EU regulations adopted for deep-water fisheries, such as the ban of gillnets at depths of more than 600 m deep and the ban of fishing operations with bottom trawls at depths deeper than 800 m.

Since first considering the issue in 2001, Clarke notes that ICES has examined various possibilities for managing deep-water fisheries, including closing areas. In this time, ICES scientists have gained much experience of closed areas as tools for managing and restoring fish stocks. “Closed areas are usually only effective if they can regulate fishing mortality. For example if fish aggregate at spawning time and a small amount of fishing can lead to high mortality in a particular location, then closing that area could be a good tool to reduce fishing pressure. We don’t have enough information on deep-water sharks to identify such areas, though many of these species may not be aggregating in behavior anyway. As an aside, however, scientists are beginning to understand the importance of VME habitats as nursery grounds for deep-water sharks. This only serves to illustrate the diversity of the deep-water ecosystems of the NEAFC/OSPAR/ICES area, and the great importance of this ecosystem for marine biodiversity”.

ICES Advice on the status and distribution of deep-water elasmobranchs in response to a NEAFC/OSPAR request ​is now available.

OSPAR List of Threatened and/or Declining Species and Habitats

OSPAR has also requested ICES to provide scientific knowledge on selected elasmobranch species to update the assessments for the OSPAR List of Threatened and/or Declining Species and Habitats.  ICES has responded by providing information for ten single species and one species complex on whether each of the species continues to justify inclusion in the OSPAR List as compared to the previous assessment. The advice also includes human activities and pressures, of which the most relevant are directed fisheries and bycatch mortality, including discarding​.

Thornback and spotted rays have increased in abundance in the areas where they previously had declined and suggests that both species no longer justify inclusion on the criterion of decline.

This advice release on the OSPAR List of Threatened and/or Declining Species and Habitats​ is now available.​ 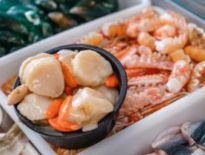 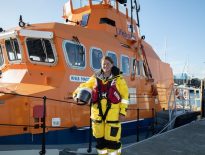